Home Classroom What is progressive and regressive taxation?

Progressive tax is the one where the tax rate increases with the taxpayer’s income. The correct interpretation is that the tax liability for a taxpayer increases with his income in terms of proportion of income and in absolute amount.

Tax burden of the taxpayer also goes up when the tax is progressive.

An example for progressive taxation is: 10% tax rate for income of Rs 2 lakh, 20% for Rs 5 lakh and 30% for Rs 10 lakh. Here, the tax liability or the absolute amount as well as the proportion of income to be paid as tax increases with income of the taxpayer.

Ideally, the tax system should be progressive, and it should not be regressive.

For example, suppose, there is 30% tax for Rs 2 lakh, 20% for Rs 5 lakh and 10% for Rs 10 lakh. Here, the tax liability or the amount of the income to be paid as tax decreases with increase in income.

The above examples are just general and easy to understand demonstrations. Sometimes, progressiveness and regressiveness are measured in a much complex way as well by estimating the relative tax burden.

The tax rates may be proportional as well. Here, tax rate is same for all slabs of income. 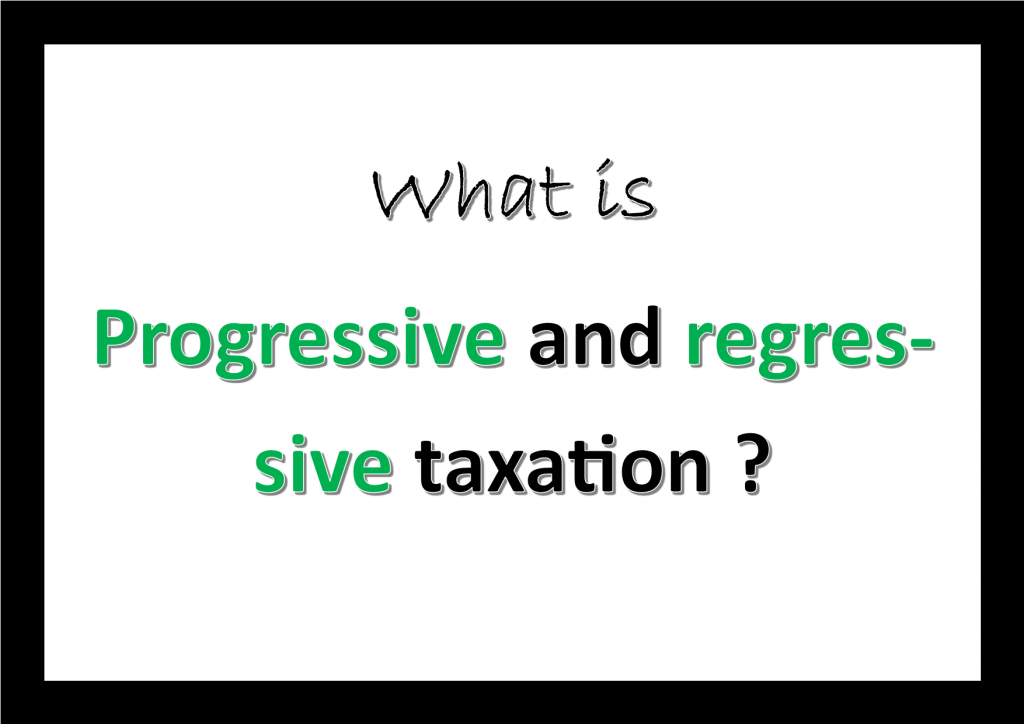 What is a Non-Performing Asset (NPA)? How assets are classified?