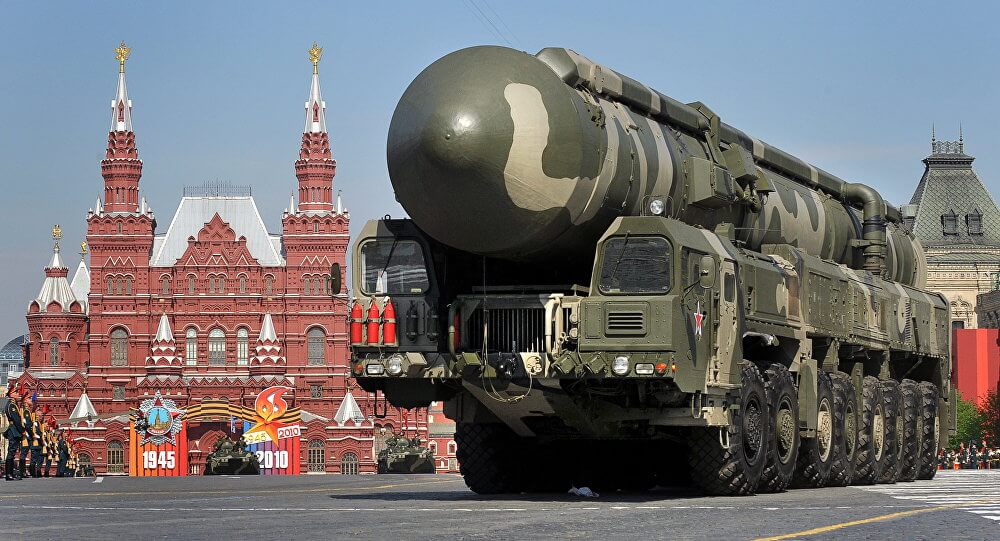 The Russian President Vladimir Putin declared that his country is developing a supersonic anti-ballistic missile system that can’t be traced or intercepted by the NATO’s missile defence technology. In a characteristic belligerent announcement that seems to be aimed at raising his political power in Russia, the President clarified that the new ICBM can fly at minimum altitude.

The news system is codenamed Samrat and has a weight of more than 200 tonnes.

“No anti-missile system-even in the future – has a hope of getting in its way.” – Putin revealed to the Parliamentarians.

The Russian Presidents’ exposition was interpreted as a response to Trumps’ announcement that his government will look for the development of new nuclear arms.

Several other military plans were also made by Putin including the development of new military underwater drones capable of carrying nuclear bombs.

Most observers from the Atlantic region perceived the Russian announcement as one which creates imbalance in the current West-Russia strategic duel. More than this, Putin assertiveness in recent years on the West adds to the revival of the cold-war.

Earlier, he portrayed the West as a ‘failed project’ and described the current path of the US and European powers uncharacteristic.

On the strategic field, Putin’s Russia found success in Syria by limiting the western powers including the US to make a conventional style global stage victory.

In a new world dominated by big power-emanating leaders like Trump and Xi, Putin’s announcement adds to the feeling of a ‘disturbed world’.

Rupee is fighting against multiple adversaries