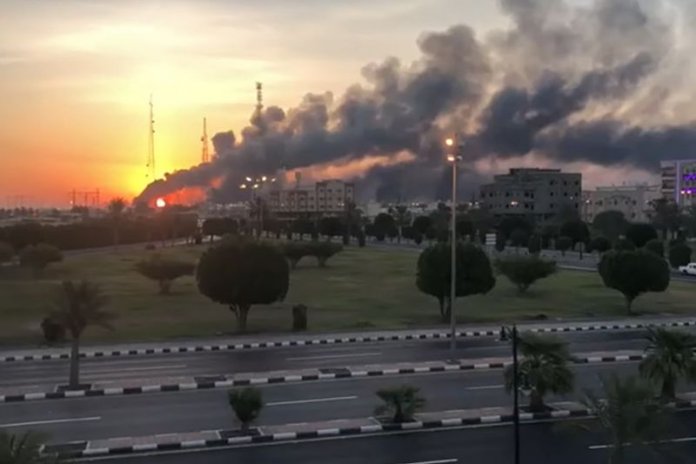 The attack disrupted about half of the kingdom’s oil capacity. Saudi supplies nearly 10% of the world’s oil supply and this means that with the last week’s destruction, 5% of the global supply may be affected.

Saudi Arabia is the world’s largest oil exporter with a production share of approximately 10% of the total global supply of 100 million barrels per day.

Oil prices remained low for few months. But it could spike up when markets open Monday as the oil kingdom tries to restore the production facility.

Political tension between Saudi and Iran was picking up in the Middle East in the context of the US ban on Iran.

US Secretary of State Mike Pompeo blamed the attack on Iran, which backs the Houthi rebels.

Iran, that reels under US sanctions, denied any involvement.

Experts predict that the sudden change in geopolitical risk could cause crude prices to rise between $5 and $10 a barrel.

In recent months, the oil prices remained low with the Brent the closing at $60.22 per barrel and the United States’ WTI, closing on at $54.85 on Friday.

Budget brings complex tax structure to give relief to individuals