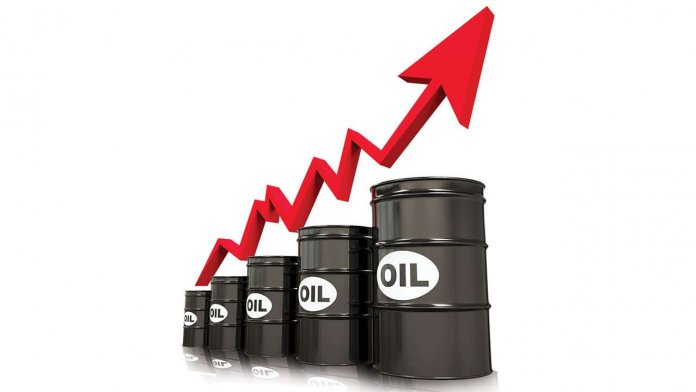 Saudi Arabia’s largest oil facility at Abqaiq and Khurais was attacked by the Houthi rebels on Saturday affecting the Kingdom’s production by 5.8 mn barrels per day. This is around 6% of the global crude supply.

In the London’s Brent market on Monday, oil futures leaped almost $12 in seconds after trade opened and surged over $71 a barrel but came back to continue at around $67 per barrel.  Oil’s rise was slightly lower in the US WTI market as the price gone up by 15%.

The difference between Brent and the US’s WTI widened to 37%; indicating comfortable domestic supply by the US.

The Saudi facility was damaged heavily and the Kingdom that supplies nearly 10 mn barrel per day into the global market, indicated its difficulty to restore production in quick time.

According to top oil industry observers, the Kingdom can’t restore the facility back to normalcy at least for couple of months. Observers believe that global crude price could rise above $75 barrel if the supply cut last for more than six months.

The new development gives an implicit gain for the rest of the producers as they can supply high volume of output at a higher price.

On the other hand, attack by the rebels on one of the world’s richest country’s critical assets shows the rising risk environment in the Gulf. With Iran pushed out of the market, tension may rise in the region, threatening to create new oil shocks. At least there is no other reason for the rise of crude prices.

When trade war heats up as a real war

RBI comes out with out of the box measures on Covid...