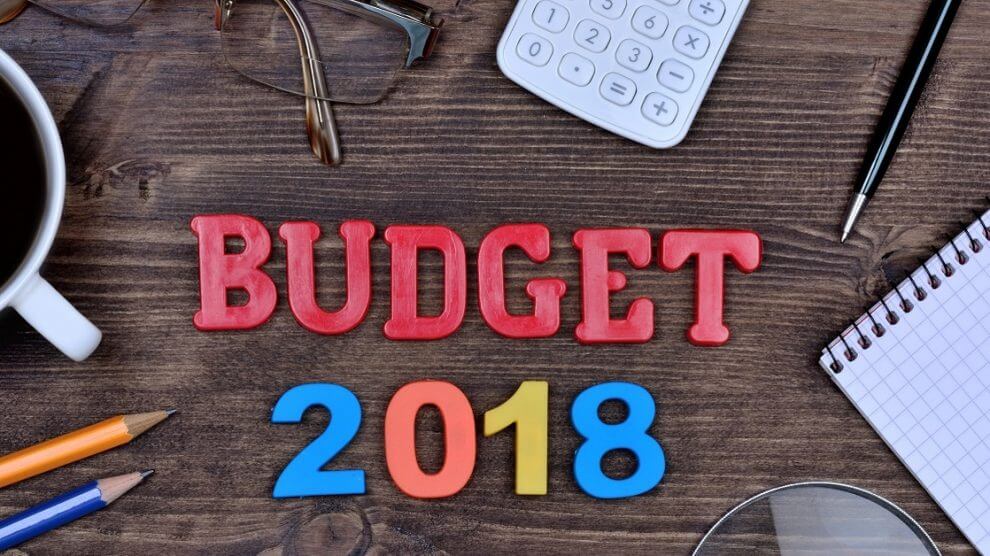 A budget can be evaluated from several angles, giving differential weights to each goal. The 2018-19 budget presented by Finance Minister Arun Jaitley is also contains some interesting features though it deviates from the previous budgets to give more focus on agriculture and social sector. Some sort of a comeback to populist ways has occurred though in general, fiscal discipline goals were weakly realized.

Here are some of the interesting features of this budget.

A renewed focus on these two sectors is clearly visible in terms of programms announced, ideas exposed and fund allocation.

First is the policy of giving MSP at 1.5 times cost of production of agricultural produce. The budget here makes a policy guideline for the future. Once MSP is increased, it is very difficult to go back. Here, in the budget, the Finance Minister has increased food subsidy bill by Rs 28000 crores to 1.69 lakh crores. Among main heads, the highest growth in budgetary allocation is thus registered by food subsidy. It will be politically difficult to reduce such a subsidy bill in future, once it is given.

Similarly, in health and educational sectors, there are several new initiatives – the ‘Ayushman Bharat’ initiative under which a National Health Protection Scheme is proposed to give health coverage to poor people is an important step. The RISE initiative for higher education, Prime Minister’s Research Fellows scheme for BTech students are the main social sector initiatives that added to the existing ones.

The National Health Protection Scheme is an idea of par excellence as it can give considerable level of health coverage to a family at a time poor people are suffering from lack of income to finance the mounting health bill. In India, most of the health expenditure are made out of pocket. Here the successful running of Rashtriya Swasthya Bima Yojana is a big relief and even bigger will be a substantial allocation of Rs 5 lakh/per family/per year proposed under the new scheme.  The idea simply created a norm for the future. Here, the budget’s mammoth goal of providing Rs 5 lakh health cover protection to 10 crores families covering nearly 50 crores people or around 35% of Indian population is a great idea but its financing side need more elaboration. The fund allocation for such a big endeavor is not explained in the budget.

Over the last few years, infrastructure sector is getting neat budgetary support. Here, Jaitley has allocated around Rs 5.57 lakh crores. A major portion of the Railway’s capex goes for expanding gauge conversion and bringing up safety infrastructure. Specific allocation for Mumbai and Bengaluru has been made.

The practice of extra-budget allocation to finance various schemes is an overstepping and its practicability and fiscal implication are controversial. Specifically, the Rs 1 lakh crore funding of the RISE programme in higher education is a glad development as the government has made such a big effort to support the higher education infrastructure generation. But financing of Higher Education Financing Agency through extra budgetary funding may make the programme difficult and unimplementable.

Finance Minister make a vision of moving from black board to the digital board in education. Here, infrastructure expenditure has to be stepped up and the RISE or Revitalising Infrastructure and Systems in Education (RISE) is a welcome step. The programme comes with an allocation of Rs 1 lakh croes in the next four years through Higher Education Financing Agency. It is after 2007 that a major fund allocation is proposed for higher education.

A major development on the revenue side is the rising revenue from personal income taxes. The tax revenue is budgeted to go up by 18% in 2018-19. Its indeed a big estimate given the slow growth rate in the economy. But PIT recorded such a growth rate in the current year as well. The Finance Minister has made a detailed explanation about the logic behind the 18% growth assumption. Number of tax payers expanded and thus the tax base has increased in the last few years.  “In financial year 2016-17, 85.51 lakhs new taxpayers filed their returns of income as against 66.26 lakhs in the immediately preceding year.”

Where the budget made a backward step is on subsidies. The budgeted subsidy expenditure goes up weighted on food subsidy bill. Subsidy bill grossed to nearly 2.93 lakh crores up from 2.64 lakh crores in the last budget (revised estimate). This is a growth rate of 11% compared to the total expenditure increase of 10%. At a time when subsidy reforms come at the central stage of fiscal reforms, its sizable expansion becomes a step in the backward direction.

The Finance Minister comes out with several small reform measures. A policy on Outward Direct Investment will be declared soon and this will help Indian investors who are going abroad to make investment. Another reform measures is shifting to Debt-GDP ratio from fiscal deficit as fiscal discipline target. Such a move was suggested by the FRBM Committee.

The budget leans towards the rural economy in terms of programmes design and fund allocation from the normal. Nearly 21% increase in food subsidy gives a fair picture about agricultural orientation. Government’s intention of ensuring remunerative price including the use of e-NAM and other new initiatives shows the determined effort on the agricultural front. Regarding social sector, the Ayushman sheme, Ujjwala Yojana, the Suabhagya scheme, tax incentives for senior citizens, higher allocation to the NREGS, MUNDRA etc., shows the budget is focused towards agricultural and social sectors.