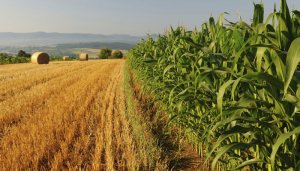 The focus of the budget was the government’s politically rewarding move to make an MSP policy of giving the procurement price of 1.5 times of the cost of agricultural produce. This indeed will raise farm income. Similarly, the Finance Minister has announced the intention of bringing all kharif crops under procurement.

The new MSP based procurement will have several implications. Firstly, it raised the food subsidy outgo. Now, food subsidy is near to Rs 1.7 lakh crores out of the nearly 2.92 lakh crores. Around 58% of the total subsidy bill goes to food items. In the previous year, this was around 53%.

When the whole effort in the past budget making was to reduce subsidy bill gradually, it rose by 11% in this year’s budget; driven by food subsidy bill.

Secondly, the higher food subsidy expenditure may invite criticism from the WTO. Several members are demanding that a constraint on food subsidies should be imposed on India.

Another major implication is that once the MSP is increased to 1.5 times the cost of produce, it is very difficult to bring it down. Here, it means that food subsidy expenditure may remain at this level in future as well. In this respect, this budget has set a standard for future and there is no retreat given the political risks underlying. 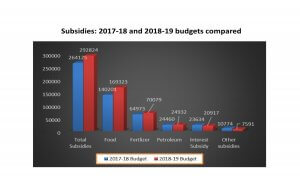 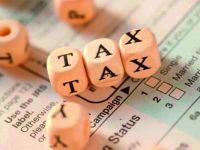 Central government staff to get 23.5% hike in salaries

Expect legalization on Aadhaar as a national id for government programmes