Home Classroom Whether the RBI can make profit?

Central banks in most countries usually transfer their surplus to the governments based upon respective criteria set in each country. The transfer of the surplus depends upon the specific working rules prevailing in the respective countries.

Whether central banks can get profit?

How central banks gets profit?

How central bank surpluses are estimated?

Of these two, the first one is simple – estimating expenditure. The second one – that is provisioning; instructs that the RBI has to allocate money to its capital especially contingency fund to manage its risky operations in the economy.

This is a complicated process. The central bank has to estimate the risk it faces while managing the financial sector. In accordance with the risk level, the RBI should have enough capital (built through provisioning) to manage any crisis. It is in this provisioning exercise, that the RBI and the government were in conflicts in recent years.

Since 2013-14, the RBI is not allocating any significant fund to its capital reserves. Hence, most of the money over its expenditure is accumulated as surplus. These surpluses are transferred to the government.

The RBI also appoints technical committees to determine the transfer of surplus to the government. Basically, these committees recommend the money to be set apart for provisioning to the capital reserves (contingency funds).

One such technical committee was headed by YH Malegam in 2013 and it recommended transferring the entire surplus to the government since there was no need to build up the contingency and asset development reserves.

What the RBI Act says about the surplus transfer?

The RBI Act under Section 47 of the Reserve Bank of India Act, 1934 provides rules about surplus transfer. As per this section, after making provisions for certain purposes including bad and doubtful debts, depreciation in assets, contribution to staff and superannuation funds and for all matters for which provisions are to be made by or under the Act or that are usually provided by bankers, the balance of the profits of the RBI is required to be paid to the Central Government.

Whether the RBI has to pay income tax for its profit?

Under Section 48 of the RBI Act, 1934, the Bank is not liable to pay income tax or super tax on any of its income, profits or gains.

What is the policy for transferring the surplus of the RBI to the government?

At present, the RBI is following the rule based a rule-based Staggered Surplus Distribution Policy (SSDP) for transferring its surplus to the government. 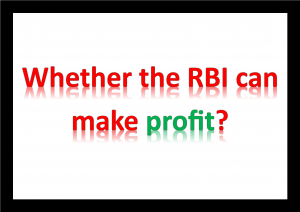 What is disruptive innovation?

Ecommerce and WTO — emergence of a new issue