Home Classroom What is Operation Twist by the RBI?

The RBI has recently experimented the monetary policy method of Operation Twist. It has conducted three rounds of Operation Twist– on December 19th 2019, December 23rd, 2019 and 6th of January 2020. Here we are examining the meaning of operation twist, its working and implications on the economy.

What is Operation Twist?

Also Read: What is Yield curve for a bond?

Operation twist is conducted through open market operations of selling and buying of government securities.

What are the objectives of Operation twist?

RBI’s operation twist is not as powerful or ambitious like the one done by the US Federal Reserve in 2012. Don’t forget that the monetary policy transmission mechanism is not fine-tuned as in the US. More than anything else, the happy feeling that it can influence long term yield itself will be a confidence boosting outcome for the RBI as it is test-firing this equipment.

The second objective is to bring down long term interest rate so that higher credit, consumption, investment etc. can go up.

Thirdly, the RBI is tired of using the repo rate without much result. The central bank is complaining that banks are not following the repo signal by adjusting their lending rates. In this context, the RBI was searching for new instruments of monetary policy transmission. The operation twist is test of a new option through which the RBI can influence market interest rate by selling and purchasing government bonds.

What is Open Market Operations (OMOs)?

Another outcome of the OMOs is the interest rate or yield effect. Here, when the RBI buys the securities, the demand for that securities goes up and hence, and their price goes up resulting decline in yield.

There are two types of government securities in terms of maturity. First is the long-term securities or what we call government bonds. They have maturities of 5-year, 10-year, 20-year etc.

Second, there is the short-term securities or what we call Treasury Bills. They have a maturity period of maximum 364 days (or less than one year).

A ten-year government bond, that has completed nine year now and has a residual maturity of 1 year can be considered as a short-term bond as of today.

How selling and buying of securities by the RBI affects their yield?

When there is a high demand for a government security, (due to RBI buying) its price increases.

Suppose there is high demand for 10-year government bonds, because of high buying by the RBI.

This 8.3% yield is lower than the original interest rate (yield) of 10%. Hence, here, when the RBI buys government securities, its yield falls.

Operation twist and its effect on the economy

In essence, there will be a decline in long term interest rate when the RBI buys long term bonds. This low interest rate will encourage household and business to take long term loans to make consumption and investment thus stimulating economic activities.

On the other hand, when the RBI sells short term government securities, their price falls and their yield increases.

(1) The interest rate on long term loans will come down

(2) interest rate on short term loans will go up. 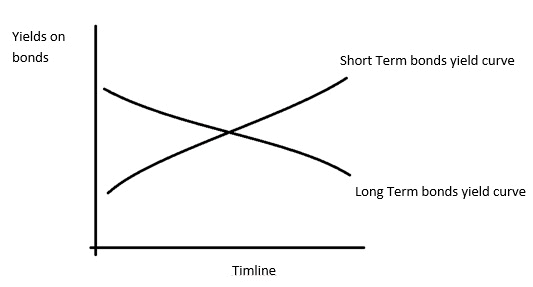 Figure (below): Yield curves when the US Federal Reserve conducted operation twist during 2011-12. (image courtesy Streettalklive.com). The 10 year yield curve is shown in blue colour whereas the S&P 500 index yield  in red colour is shown as proxy for short term yield. 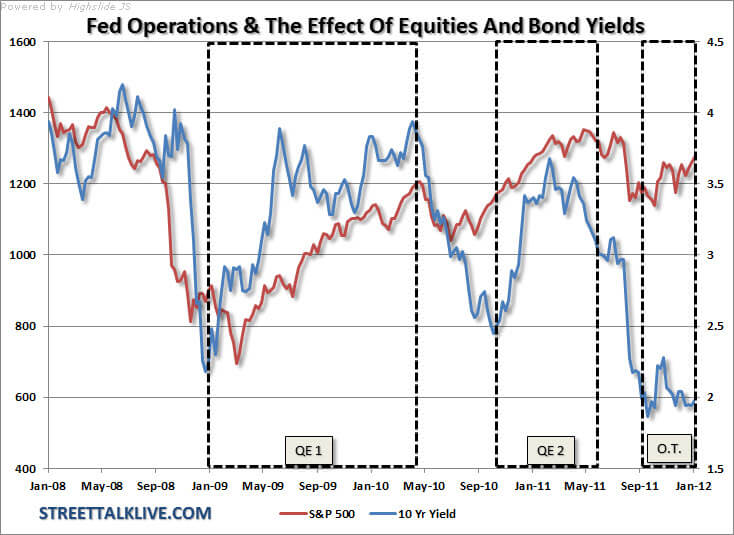 Whether the Operation Twist found its objectives?

Operation twist reasonably met its objectives as the data shows that the long-term yield has come down notably after the result of RBI’s Open Market Operations. At the time of the first round of operation twist, the 10-year yield was 6.75 percent and after the two rounds of Operation Twist has come down to 6.51 percent. 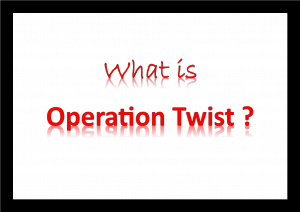 What is capital gains tax?

What is the difference between product patent and process patent?