Home Classroom What is Exchange Traded Fund (ETF)? What is their role in Disinvestment?

In recent years, the government is comfortably using the Exchange Traded Fund (ETF) route to realise disinvestment money. At present two ETFs are doing a wonderful job to the government by procuring tremendous amount of money. These two ETFs are:

The Exchange Traded Funds along with IPOs, Strategic Disinvestment, Buyout of Shares and Offer for Sale have helped the government to realise the gigantic disinvestment targets for 2017-18 (Rs 80000 cores) and 2018-19 (Rs 100000 crores).

For the investors, the ETFs have the benefit of tax deduction similar to that of Equity Linked Saving Schemes and is qualified under 80C tax deduction (Budget 2019).

What is an exchange traded fund?

An Exchange Traded Fund (ETF) is a type of fund that owns the underlying assets and is divided into different /units shares. It is a marketable security (in the form of shares) that contains a slice of cumulated shares/bonds/commodities/foreign currencies that is sliced into different shares.

Uniqueness of ETFs is that it is a basket of different shares with assigned weights to the individual shares within the ETF. The weights in the ETF reflects the composition of the index. ETFs cumulates shares of different companies. Being a different capital market product, the trading of ETFs in the stock market also is slightly different compared to shares.

In recent years, the two ETFs are increasingly used by the government to sell the shares of CPSEs. These two are: the Bharat 22 ETF and the CPSE ETF.

Bharat 22 ETF is an ETF scheme launched by the government as part of its disinvestment programme. It was launched in August 2017.

Bharat 22 is an Exchange Traded Fund (ETF) having pooled shares of different listed companies. It is basically an exchange traded (ETF) fund that can be purchased and sold like shares in the stock market.

As a part of the disinvestment programme, the government approved the setting up of Exchange Traded Fund (ETF) by including the shares of listed Central Public Sector Enterprises (CPSE), some of the strategic holdings of Specified Undertaking of Unit Trust of India (SUUTI) and Public Sector Banks.

Bharat 22 contains 22 stocks including those of central public sector enterprises, PSU banks and holdings under the Specified Undertaking of Unit Trust of India. These shares belong to the companies of six different sectors.

During 2018-19, the government mobilised Rs 18,730 crore through Bharat 22 ETF in two tranches. From the other ETF- the CPSE ETF, the government obtained another Rs 26,350 crore during the same financial year.

The relevance of Bharat 22 is that it is a useful tool to mobilise funds by selling public sector companies’ shares in an easy way. Government was able to meet the disinvestment target during 2017-18 and 2018-19 mainly because of the multiple methods (including ETFs) through which disinvestment are made. The targets were significantly high as well. ETF route is an easy one at the same time gives tremendous revenues to the government.

Since, its launch in 2017, the Bharat 22 has mobilised nearly Rs 39000 crores in three rounds till October 2019. The fourth tranche of Bharat 22 was launched on October 4, 2019. It is expected to mobilise Rs 8000 crores. According to the DIPAM, the government has decided to exercise the green-shoe option and retain the additional mobilisation. 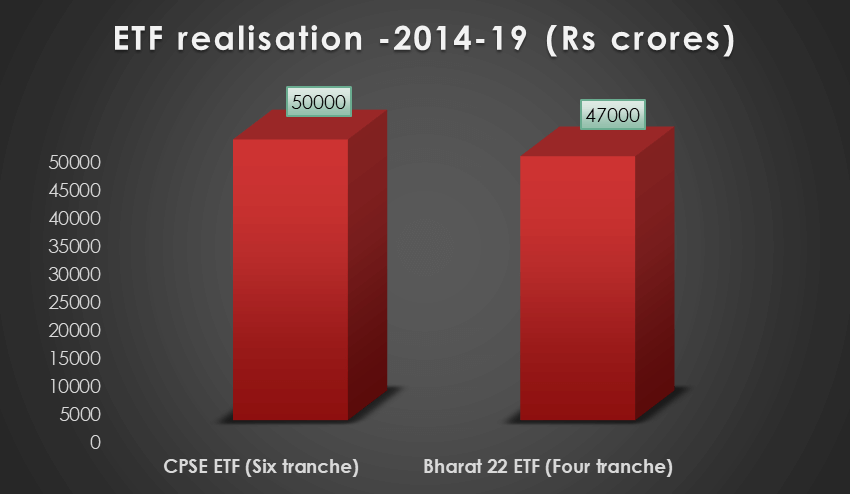 What is CPSE ETF?

CPSE ETF (Central Public Sector Enterprises Exchange Traded Fund) is an open-ended Exchange Traded Fund that holds the shares of major oil and energy CPSEs. The central government launched the fund in in March 2014. The fund was created by the government to facilitate the sale of CPSE shares under the disinvestment programme.

The CPSE ETF had six tranches till October 2019. From the sixth tranche made in July 2019, the government obtained Rs 11500 crores (including a green shoe option). From the previous five tranches, the government raised Rs 38,500 crore. 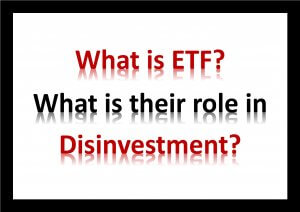 What is the conflict between WTO and free trade arrangements like...

What is New Economic Reforms?