Retail Inflation level touched a high level of 7.35% during December 2019 according to the new CPI inflation data of CSO. The Sudden monthly spike in inflation was due to increased prices of food materials.

The inflation rate was the highest for the last 65 months and the largest since the launch of the inflation targeting regime in August 2016.

Following is a fact file regarding this inflation surge.

The factor that caused the big jump in inflation was high food prices. Within food category, vegetable prices gone up sharply, and pulses prices also rose significantly. Food inflation, that is measured through Consumer Food Price Index increased to 14.12 per cent in December as against a decline (-) 2.65 per cent in the same month of 2018. CFPI was 10.01 per cent in November 2019.

This this is the highest level of inflation registered since the launch of the inflation targeting regime in August 2016.

Inflation targeting monetary policy regime that was launched by the government and the RBI in 2016 set an annual inflation target of 4%.

A band of 2-6% is allowed. This means inflation can come to the lower level of 2% and can increase to 6%. Hence the current inflation figure of 7.35% is beyond the permitted level.

Inflation going beyond 6 % or coming down below 2% for continuous three quarters will be interpreted as failure of monetary policy. Here, inflation has gone beyond 6% (7.35%) for one month. Hence, if it stays here for the next eight more months, it will be interpreted as the failure of monetary policy. A lot of procedural measures should be followed by the RBI including giving an explanation to the government. Besides, the RBI should decisively bring corrective measures. 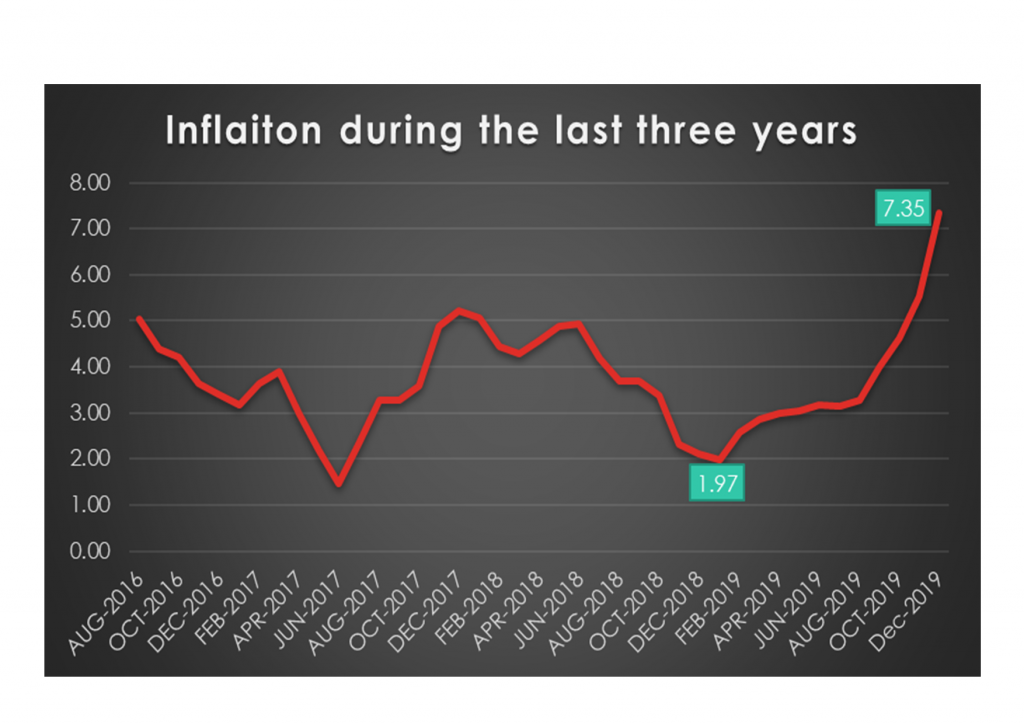 4. Why the current inflation data is not worrisome?

The inflation figure though high; is not a worrisome factor as the inflation has occurred in food items. Price rise in food items is temporary and the RBI need not induce any action immediately.

Inflation is non-core inflation that is caused by temporary rise in food prices. Hence, given the non-core nature of inflation, it is not worrisome for the RBI. Still, the RBI should watch whether the food inflation combined with the oil price shock spreads into other sectors and thus graduate into a core inflation.

Read: What is core and non-core inflation?

Besides, the current inflation is past data or the figure for December. The price rise moderated in recent weeks.

Another factor that lightens the intensity of the current inflation is the base effect. Inflation was very low during December 2018.

5. What monetary policy response that the RBI should take?

The RBI need not take immediate steps because firstly the current inflation is temporary (non-core) food price rise oriented. If the RBI takes some counter measures now, by the time it becomes effective, the transient food price inflation may disappear. Hence the policy will become counterproductive. Still, it can make some guidance.

So, immediately, the RBI need not come out with policy response, though it should watch the progress and possibility of non-core spreading into the core component. Rather, the government should act quickly to settle food supply issues. 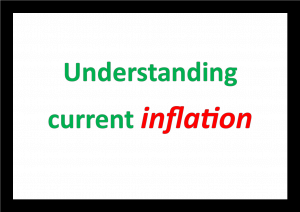