Home Classroom The Rupee and the Reserve: Why can’t the RBI explicitly support the...

The Rupee’s depreciation against the US Dollar is continuing in the background of a group of adverse factors.

The ongoing depreciation is not a rupee specific symptom. Rather, most of the emerging market currencies are registering steep depreciation in the context of the strengthening of the US Dollar and other adverse global factors. Compared to several EM peers, the rupee fared well. Still, the rupee’s achievement of avoiding the rapid depreciation came at the cost of continuous decline in the RBI’s foreign exchange reserves.

Now get into the background: the rupee scenario is featured by two factors

Factor 1: As on mid-October 2022, the rupee depreciated by almost 9% in this calendar year so far. Several other currencies undergone even further dip in their values.

Factor 2: The RBI’s foreign exchange reserves fell by nearly $ 109 billion in the span of one year.

Combining these two-point shows that the Rupee was not a worse performer mainly because the RBI’s intervention in the foreign exchange market through selling of sizable $109 billion made its effect.

Now, forecasting the rupee’s forward path needs identification of the underlying global and national factors that may influence the rupee’s path in the coming months.

What are the prevailing adverse factors that are going to bring downward pressure on rupee?

What are the favourable factors that may support the rupee?

Of course, there are not much. Still, the emergence of a number of positive domestic macroeconomic factors like a relatively higher growth rate, higher tax revenues, increasing credit growth etc, may make our economy a better choice for foreign investors. This development is crucial in the context of spreading recession in several parts of the world.

The RBI’s ability and willingness to sell Dollar in the foreign exchange market is limited.

Now an important question is the ability of the RBI to support the Rupee. Two factors have to be considered here.

First is the size of the foreign exchange reserve vis a vis the size of the foreign exchange outflows and payment obligations. Remember that the forex reserve is its lowest in two years sitting at $532 billion as on end September 2022. More than this, the RBI has already lost forex reserves worth of $109 billion in recent quarters. Understandably, there is no momentum and willingness to spent more.

Whether the RBI will be ready to sell more dollars should be checked based on few crucial logics.

First is that foreign exchange reserves are always a token of confidence against unwarranted depreciation. Speculators and dealers can anticipate any intervention only if the RBI has sizable reserves. Hence, a minimum volume of reserves should be there as a matter of confidence and trust. Depleting this threshold level is suicidal as it may encourage people to choose dollar more so as to avoid steep depreciation risks. The mark of $536 billion is necessary to maintain the confidence or prospects of potential intervention. A true reserve should be sizable.

Secondly, the size of the present reserves is not big compared to the country’s foreign exchange payment obligations.

The import bill is nearly $490 billion, external debt is $620 billion and there is the potential trade deficit size is $190 billion. Adding to these, the outflow of portfolio capital more frequently with the uncertainty in the global financial market makes the RBI’s intervention practically ineffective. When the market is on downward trend, the rupee will come under pressure and hence, the RBI will have to spend dollars every time. This is not practical. Hence, it is better for the RBI not to sell dollars in the forex market.

No modern-day central bank is ready to target exchange rate of the currency. Central banks would like to concentrate on their core function of price stability by targeting inflation. They are known for fighting inflation. The RBI belongs to the same class.

Now what will happen when the RBI targets exchange rate?

Imagine that there is depreciation of rupee.

To counter the depreciation, the RBI has to sell dollar (intervention) in the forex market. This is done by selling Dollar and buying equivalent value of rupee. Such a step will reduce the availability of rupee in the market, or we can say that liquidity (rupee liquidity) in the market will come down. If there is already a low liquidity situation, the forex market intervention of selling dollar has done harm to the RBI’s liquidity objective.

On the other hand, if the Rupee is appreciating, the RBI has to purchase Dollar by giving rupee. Sizable Dollar purchase will increase the supply of money (rupee) in the economy and hence, inflation may be aggravated. We cannot check appreciation and inflation simultaneously (monetary policy dilemma). Hence, in its rule book, the RBI never says that it is targeting the value of rupee. Though the major function of the RBI is to manage foreign exchange reserves, managing the value of rupee is not its declared objective (of course, implicitly, the RBI supports the rupee under managed flexibility exchange rate system that we have).

This is why in the latest monetary policy declaration, RBI Governor said that “Let me set out the overall position once again. First, the rupee is a freely floating currency, and its exchange rate is market determined. Second, the RBI does not have any fixed exchange rate in mind. It intervenes in the market to curb excessive volatility and anchor expectations.”

Given these factors, the rupee’s forward path is quite certain. It may fluctuate with underlying global and domestic factors. The RBI of course may make limited interventions and repeatedly may give indications about actions for supporting the Rupee. Both the government and the central bank should intimate the market constantly that they will support the rupee. This is quite customary and giving such messages themselves is helpful to an extent to counter excessive depreciation and higher speculation. 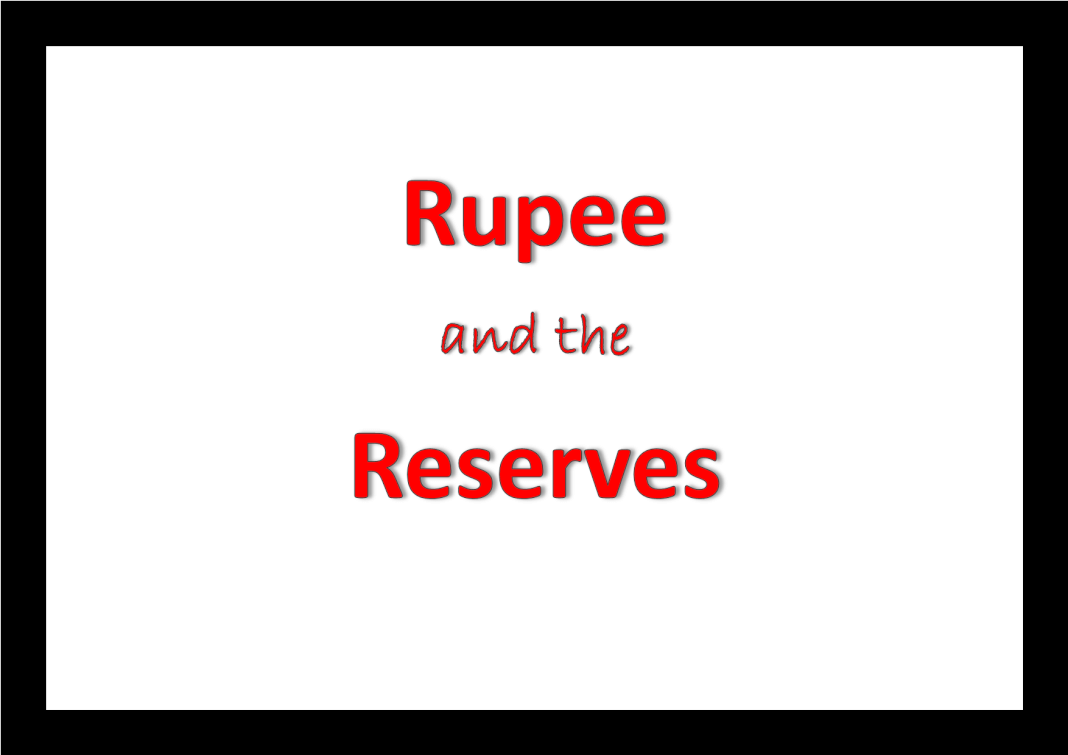 What is moral hazard problem?

What is Gig Economy?