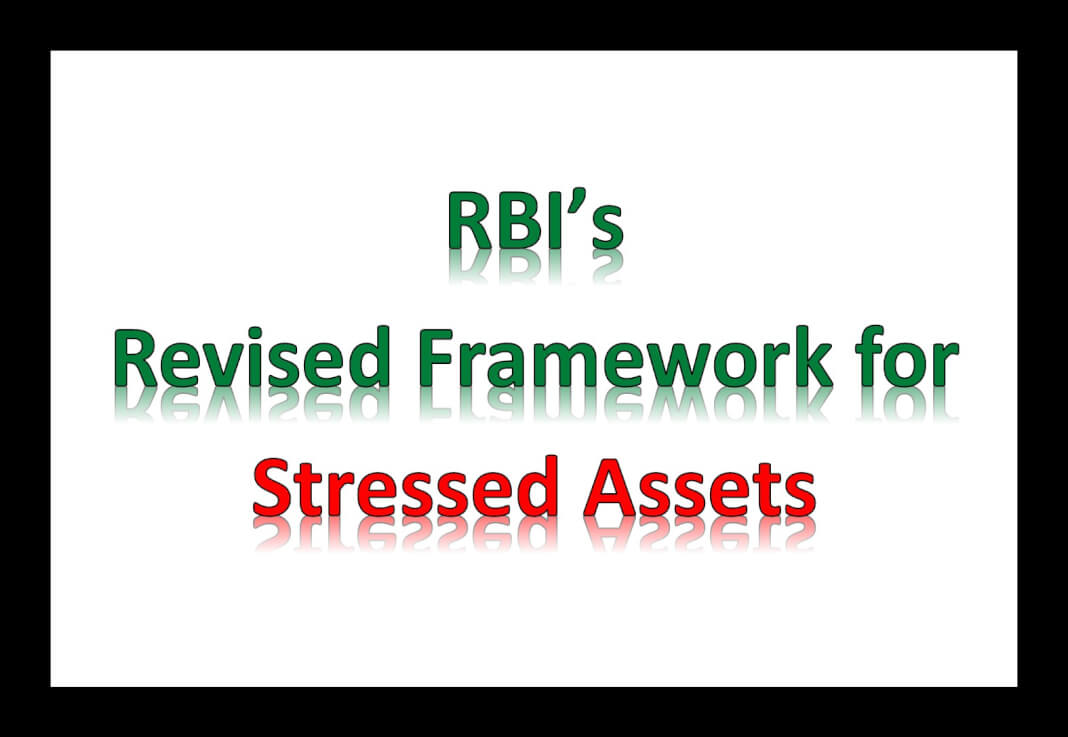 The stressed asset resolution (means-wiping out of bad assets of the banking system) environment in the country has been totally changed with the enactment of the Insolvency and Bankruptcy Code 2016. Besides the usual corporate debt resolution provisions of the Code (IBC), it also empowered the RBI to initiate resolution of stressed assets that lies in the accounts of banks. For this, the RBI Act was amended by the government. For the ultimate solution to the stressed asset problem, the RBI has came out with a Revised Framework on February 12th, 2018. Based on the revised framework, the RBI issued circulars to banks for settling high value NPAs.

Later, on 2nd of April 2019, the Supreme Court cancelled the circular indicating that the circular has crossed powers granted to the RBI.

The Supreme Court struck down RBI’s historical revised framework on resolution framework that was issued on February 12, 2018. “The impugned circular will have to be declared as ultra vires as a whole and be declared to be of no effect in law,” said the Supreme Court in its ruling on April 2nd, 2019.

SC verdict was after the court filing by power sector companies against the RBI action.RBI had issued the February 2018 circular under Section 35AA of the RBI Act. The Court observed that RBI has no power to issue the circular under the section.

Major impact of the SC verdict is that all action taken under the RBI circular including that under the Bankruptcy procedure becomes invalid.

What is the Revised Framework for the Resolution of Stressed Assets

In the context of all these developments, RBI has withdrawn the earlier simplified framework for resolution of stressed assets and issued a Revised Framework for the Resolution of Stressed Assets on 12th of February 2018. Actually, the earlier stressed asset resolution process were running on the wheels of several tailor-made schemes. As part of the new framework, four earlier stressed asset resolution schemes/guidelines -S4A, JLF (Joint Lenders Forum), CDR  (Corporate Debt Restructuring) and SDR (Strategic Debt Restructuring) were withdrawn.

“The enactment of the Insolvency and Bankruptcy Code, 2016 (IBC) and the amendment to the Banking Regulation Act, 1949 empowering the Reserve Bank to leverage the IBC mechanism for resolving specific stressed accounts, have provided a real opportunity to address the above challenges.” – RBI cited with joy on the announcement of the Revised Framework.

The new framework for resolution of stressed assets

For the identification of early stress, the RBI already designed the Special Mention Account (SMA) categories. The SMA status for early stress are expressed in term of number of days before an asset reaching NPA status. The SMA classification is given below.

From April 1, 2018 onwards, the CRILC-Main Report should be submitted monthly. Besides, the lenders shall send weekly report to the CRILC about all borrower entities in default on large credits (aggregate exposure of Rs 50 million and above).

Under the framework, all lenders must create Board-approved policies for resolution of stressed assets. It also includes the timelines for resolution. As soon as there is a default by the borrower with any lender, all lenders – individually or jointly – shall initiate steps to cure the default. The Resolution Plan shall be clearly documented by all the lenders.

The new framework brings stricter conditions for the implementation of RP. Here, a resolution plan will be implemented by the lender if:

Independent credit evaluation should be obtained by the borrower in case of restructuring of large accounts (more than Rs 1 billion).

For accounts with total exposure of the lenders at Rs 20 billion and above, on or after March 1, RP shall be implemented as per the following timelines:

If Resolution Plan is not implemented, then lenders should file insolvency application.

If a RP in respect of large accounts (Rs 20 billion and more) is not implemented, lenders shall file insolvency application, individually or jointly, under the Insolvency and Bankruptcy Code 2016 within 15 days from the expiry of the set timeline.

For accounts with total exposure of the lenders below Rs 20 billion and, at or above Rs 1 billion, the RBI, over a two-year period, will announce reference dates for implementing the RP when there is a default.

Revised prudential norms for restructuring will be applicable for those accounts under the IBC framework or outside the IBC.

Banks in their financial statements should make disclosures about resolution plans implemented by them.

What is Privatization? How privatization has been implemented in India?