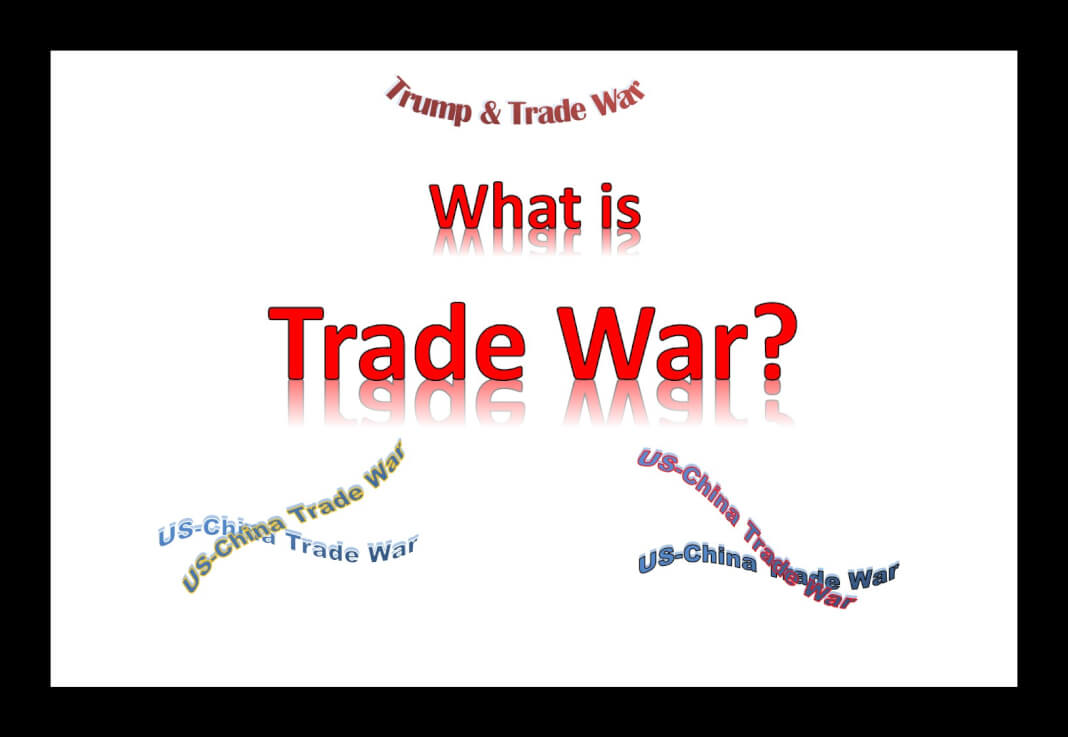 What is a trade war?

Trade war is a situation where countries restricts each other’s’ trade by imposing tariff or quota on imports. Retaliatory steps by partner country intensifies the trade war. As a result, international trade comes down. Main purpose of import restriction is to protect domestic industries, promotion of local production and enhancement of employment.

The US President Donald Trump in the recent past, announced a group of protectionist measures on trade front; aiming to reduce US trade deficit with other countries and thus to protect domestic industries and employment. Most of these measures disturbs the existing trade laws and relations that were globally configured after decades of multilateral discussions and agreements. Specifically, the tariff and other steps will damage the trade agreements under WTO.

A notable element of Trump’s new protectionist step is that they are imposed on the ground of national security. Here, Trump used a 1962 Congressional power that allowed a President to limit imports that risks national security. According to the US Commerce Department, dependence on imported metals threatens the U.S. ability to make weapons. The advantage of security risk argument is that such a stand may make these measures difficult to be tackled under the present WTO framework.

Beyond tariff and goods trade, a higher-order trade war may come when the US moves to fight the alleged ‘intellectual property piracy’ by China. The US accusation is that Chinese firms imitates US technologies and China imposes forced technology transfer as a condition for US firms to work in China.

Analysts believe that though several trade war initiatives by Trump may seem against all countries, the main target is China that enjoys a mammoth $375 trade surplus with the US. In this context, any agreement with China like the one signed at the middle of May 2018 may soften trade war pressures.

Following table gives the protectionist steps announced by Trump, the sequence of events, the areas where the steps were taken, countries targeted and the corrective response measures Trump demand from the trade partners; especially from China.

US-China Trade: why the tension?

The US-China trade picture including the huge trade deficit for the US illustrates the cause of the trade tension between the two countries. According to the US Commerce Department Data, in 2017, the US exported $130 billion worth of commodities to China. On the other hand, U.S. imports from China were $506 billion. Here comes the huge trade deficit problem of around $ 375 billion for the US.

Main export items for the US were: aircraft ($16 billion), soybeans, ($12 billion), and automobiles ($11 billion). Imported items were mainly electronics, textiles, and machinery. A significant volume of US imports semi-finished items assembled in China and send back to the US as China has the advantage of low-cost assembling of manufactured products. This means that trade ware between the two countries will hurt the US firms significantly.

The mid-May agreement between the world’s two largest economies may extinguish the fire on the trade front to an extent. Still, when the hither order issue Intellectual Property is raised, how the two countries can solve the issue becomes decisive. So far, the tariff reduction exchanges by the two countries and the Chinese sympathetic approach to US trade deficit are workable on the goods front; but it may not be workable on the IP front.

What is solar park project?