Home Classroom How Economies are Classified? 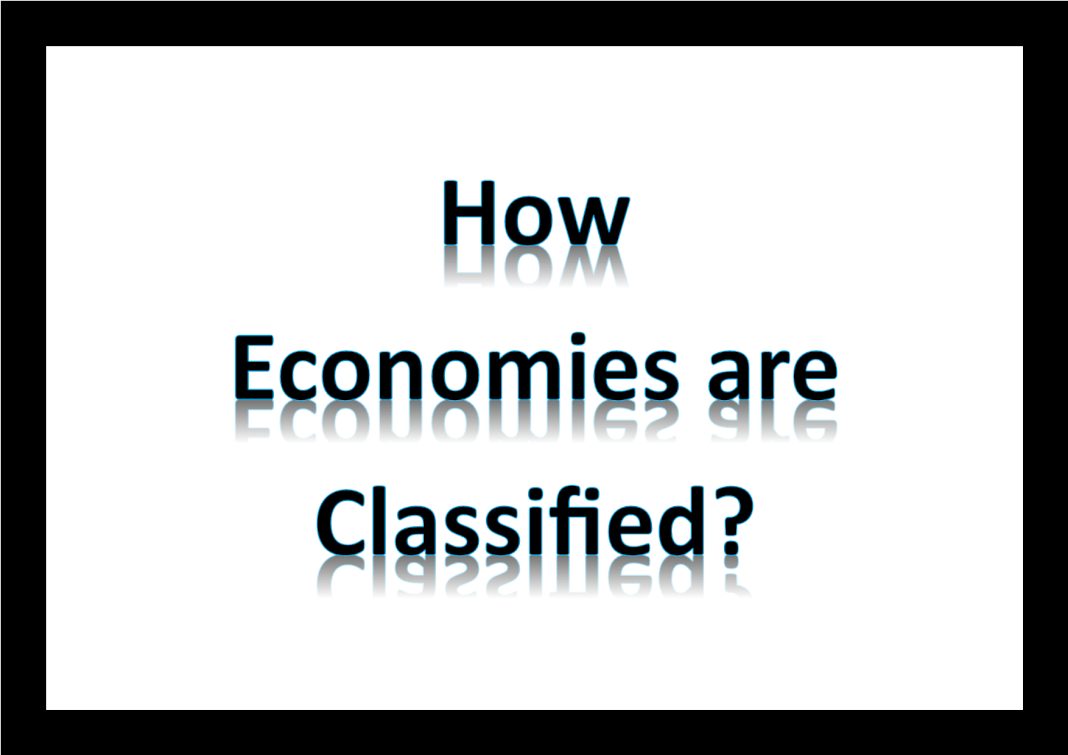 World Bank classification is widely followed as an evaluation criterion for economic development.

As per the World Bank classification of economies in terms of their per capita income, countries are divided into four groups:

There are 189 World Bank member countries, with populations of more than 30,000. For operational and analytical purposes, economies are divided into income groups. Here, the World Bank follows the Atlas method to calculate gross national income (GNI) per capita. For 2019 fiscal year, the GNI per capita for 2017 is followed. The income classification norm for 2019 is shown in the following table.

The practical importance of this classification is that the World Bank gives its assistance to countries based on this PCI classification of countries. Low income economies get concessional loans from the International Development Association (IDA) whereas economies with higher income gets loans from IBRD. For some economies there is a blend category that is given to countries who are in a transition period from IDA to IBRD. For example, Pakistan comes under blend category.

Classification of South Asian Economies and their lending category

The following table shows the per capita income of South Asian Economies and their respective lending category.

India under the World Bank classification

From the table it is visible that India, with a per capita income of $1800 belongs to the lower middle-income category. India stands at 146 (PPP Ranking 124th) among a total of 190 countries; lower ranked than countries like Sudan, Indonesia etc.

Maldives is the only Upper Middle-Income country from South Asia with a per capita income of $9760.

What is National Statistical Commission (NSC)?

What is Board for Financial Supervision (BFS)?