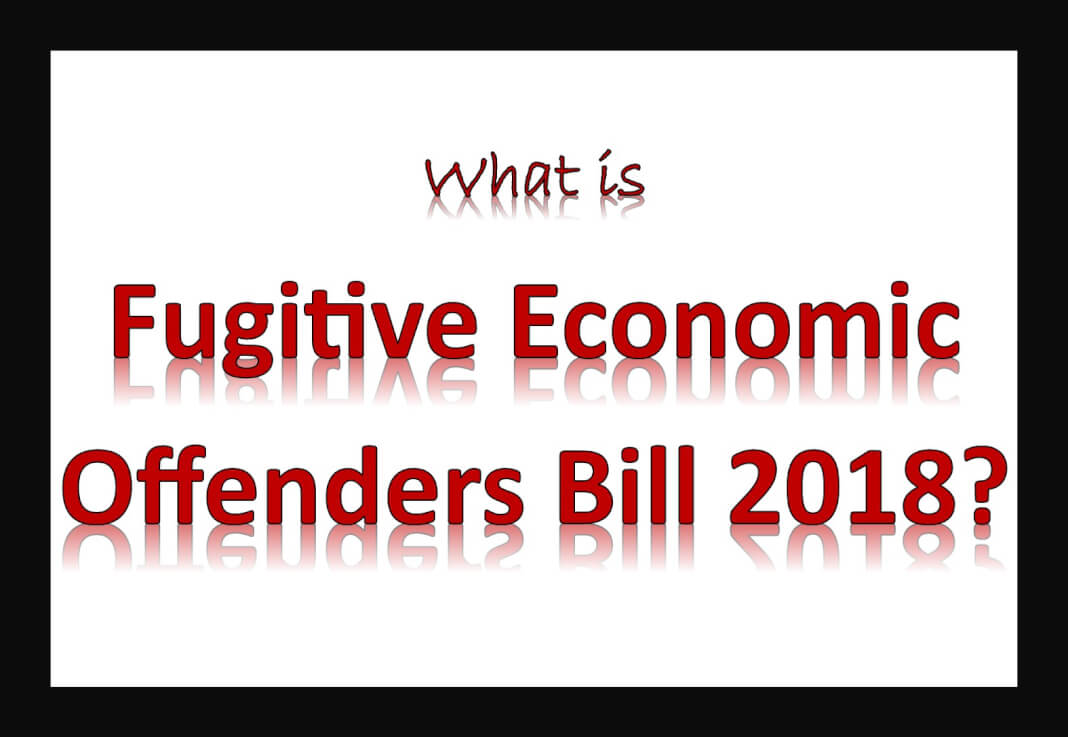 The Bill addresses a serious problem created by economic offenders whereby they exit the country after making offences like large scale corporate default. To counter this menace, the Bill has the main thrust of seizing the assets of fugitive economic offenders. Proceedings against the absconding offenders staying in foreign jurisdiction is also expected to be strengthened with the passage of the Bill.

What is the coverage of the Bill?

Who is a fugitive economic offender?

As per the original bill of 2017, the “fugitive economic offender” means any individual against whom a warrant for arrest in relation to a scheduled offence has been issued by any court in India, who:

(i) leaves or has left India so as to avoid criminal prosecution; or

(ii) refuses to return to India to face criminal prosecution.

What will be the impact of the Bill on economic offenders nesting abroad?

The Bill is expected to force fugitive economic offenders to return to India to face trial for the scheduled offences they have made. Though the draft Bill is mainly concentrated on seizure of the assets of the offender, the detailed provisions for the forced return of the offender is expected to be incorporated during the later stage.

What are the major features of the Fugitive Economic Offenders Bill?

The Fugitive Economic Offenders Bill 2018 is expected to quicken and facilitate the seizure of assets of scheduled economic offender. More importantly, the Bill addresses the trending habit of economic offenders to exit the country and stay abroad to escape the legal proceedings in India.

What is disruptive innovation?

What is divisible pool?