Home Classroom What is Special and Differential Treatment (S&DT) under WTO? 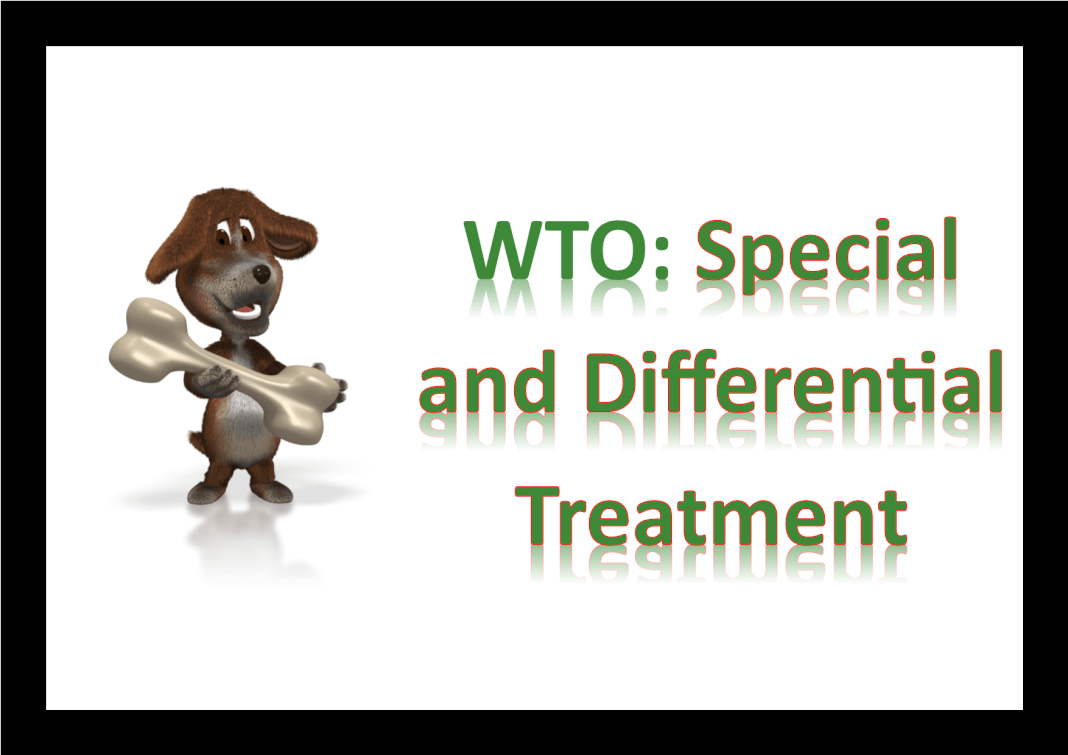 What are the benefits under Special and Differential Treatment?

The benefits under the S&DT (special and differential treatment) permits the developing countries to enjoy certain benefits like taking longer time periods (transition period) for implementing agreements and the binding commitments, and measures to increase trading opportunities for them.

These S&DT benefits have given an inclusive nature to the trade liberalisation framework of the WTO.

Following are some of the concessions to developing countries

As per the S&DT provisions, the least developed countries have higher benefits vis a vis the developing countries.

How developing country status is given?

As per the current norm, any WTO member can designate itself as a developing country and avail these benefits. The developing country tag is self-selection. This means a specific country can claim the tag on the basis of its level of development.

What is the problem with the Special and Differential Treatment now?

As a follow up to these developments, the developed world is seeking limitation of the developing status to a smaller number of developing countries.

Special and Differential Treatment and the reform of the WTO

Now, when the entire WTO institutional framework is on a reform mode, revision of the Special and Differential treatment is a major demand of the developed world.

US demand on S&DT

In its reform suggestion submitted to the WTO, the US claimed that self-declaration puts the WTO on a path to failed negotiations as well as institutional irrelevance.

Draft reform submitted by the US to the WTO urges to withhold special treatment from countries classified as “high income” by the World Bank, OECD members or acceding members, G20 nations and any state accounting for 0.5 percent or more of world trade.

In February 2019, the US proposed a reform of the World Trade Organization that would slash the number of countries that are eligible for “special and differential treatment”.

Developing countries on the other side argue that “development” is the fourth function of the WTO, along with negotiation, dispute settlement and monitoring of trade rules.

India strongly objected to the US demand in the Mini Ministerial of developing and least developed countries held at New Delhi in May 2019.

India insist that a promise to reform the trade rules to boost developing nations on the lines of the Doha round of 2001, must be kept before the WTO go to the reform areas.

The United States rejects such demands and point out the rise of China after joining the WTO in 2001 as a proof that developing countries don’t need a special deal.

The EU is the other team that want dismantling of S&DT. For them, the WTO should introduce “differentiation” among developing countries to decide who can avail of special and differential flexibilities on a case-by-case basis.

They advocate “developing country members to move toward undertaking greater commitments.” The EU demand indirectly pressurises developing world to relieve some of the concessions.

Attempt to safeguard S&D by India

Most of the developing countries see the Special and Differential Treatment as a right incentive for development. India is making valuable effort to retain the S&DT tag for all developing countries. China and South Africa have joined the Indian effort on the issue.

India’s proposal, for protecting the S&DT was presented at the WTO’s mini ministerial meeting held at New Delhi in May 2019. The meeting was attended by 22 developing and least developed countries.

The Mini Ministerial came at a time when a group of 77 countries including China is engaging in plurilateral discussions on the new issue of ecommerce. India strongly opposes the inclusion of ecommerce in the WTO agenda.

“We want to have development through S&DT as the core of WTO reform, along with appellate body appointments. We will also discuss ways to address asymmetries in various global trade agreements especially on agriculture,” the Indian trade official disclosed about the mission of the Mini Ministerial.

Features of the new Goods and Service Tax (GST) System

What is Green Bond?