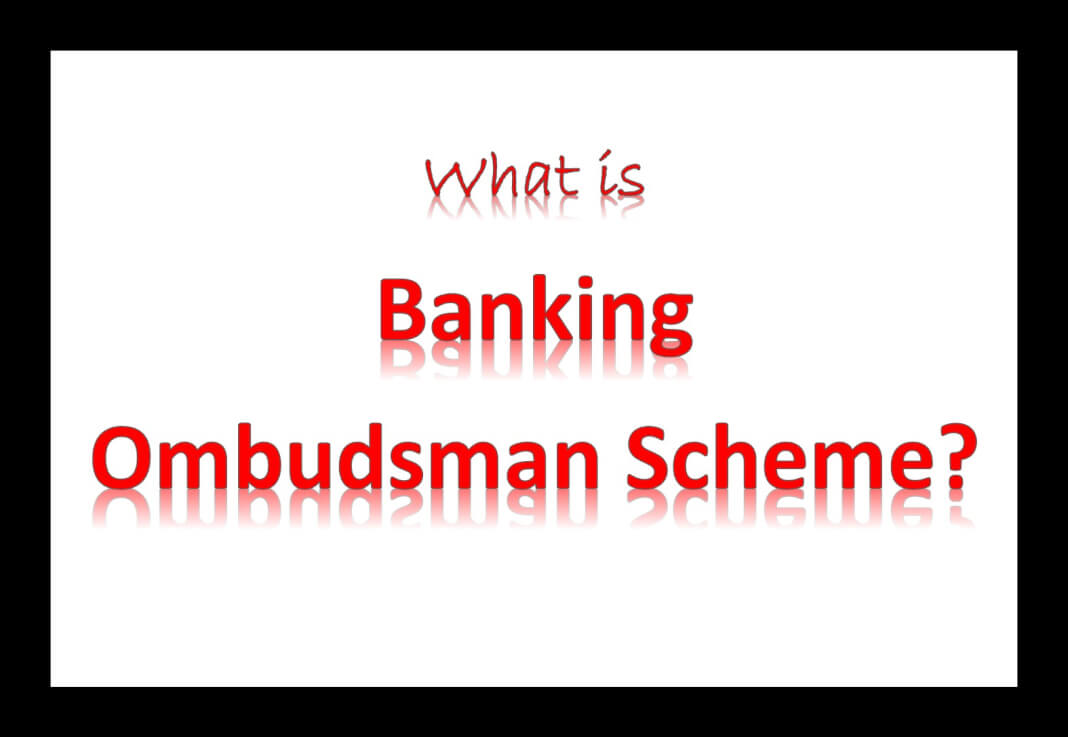 The Banking Ombudsman Scheme was implemented by the RBI to redress the complaints of customers on certain types of banking services provided by banks and to facilitate the settlement of those complaints.

The scheme was introduced under the Banking Regulation Act of 1949 by RBI with effect from 1995. Later it was legally refined and modified through the introduction of regulations under Banking Ombudsman Scheme 2006. The latest revision was made in 2017.

Who is the Banking Ombudsman?

As on end April 2018, twenty Banking Ombudsmen have been appointed with their offices located mostly in state capitals.

Areas of customer redressal available with the Ombudsman mechanism

The RBI has listed around 25 areas where the customers can raise complaints with the Banking Ombudsman. Some of them are:

Limit on the amount of compensation

The RBI introduced an NBFC Ombudsman scheme to redress complaints with regard to NBFCs in 2018.

The NBFC Ombudsman is a senior official appointed by the RBI to redress customer complaints against NBFCs for deficiency in certain services covered under the grounds of complaint specified under Clause 8 of the Scheme. Four NBFC Ombudsman have been appointed with their offices located at Chennai, Kolkata, New Delhi and Mumbai.