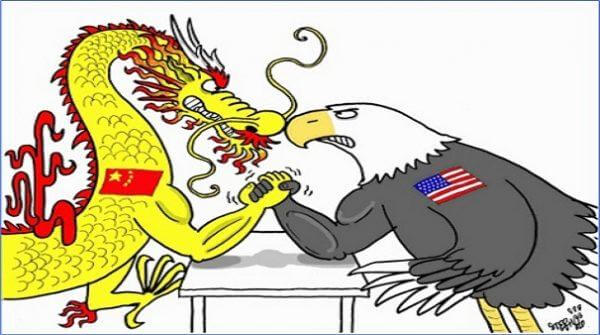 There is no relief in the trade tension between the world’s two largest economies – the US and China. The latest is the Chinese plan to impose tariff on US exports to China worth $60 bn. Beijing indicated that this in response to the US decision to penalize Chinese high-tech exports to the US.

Earlier, Trump announced his country’ plan to impose tariff on $200 bn worth of Chinese imports. He accused China of stealing intellectual property from US firms and criticized the practice of forced technological transfer conditions embedded in foreign investment norms by China. Chinese trade officials indicated that the tariff will be effective in two months.

The trade tussle between the two countries is full of plans of tariff measures to be implemented in future. But the conflict was officially launched when the US tariff on Chinese export worth of $34 billion came into effect on July 6. China retaliated in an equivalent by imposing tariff on $34 bn US exports.

With the Chinese retaliation, the China-US trade spat is now entered the next level. Trump’s policy of breaking international trade rules and agreements – multilateral and bilateral, is clearly visible in his stand that US is ready to impose tariff on whole $500 billion Chinese exports to his country.

After the fresh Chinese response, White House economic adviser Larry Kudlow asserted that Trump wouldn’t change his stand until China changes its trade policies. Major demand of the US is that China should take steps to bring down its huge trade surplus of around $375 bn with the US.

Several free trade lovers and trade experts consider July 6 as the black day on global trade. They think US is taking too much risk to implement out its trade deficit oriented economic policy.

But Trump is adamant and tweeted that US tariff steps are really hurting Chinese economy. “We are Winning but must be strong!” – Trump remarked on the effort needed to sustain the trade pressure.

If the market says anything about the early phase of the trade war, it is that China may suffer deep from the Trump onslaught.

Why the Modicare need a big homework?