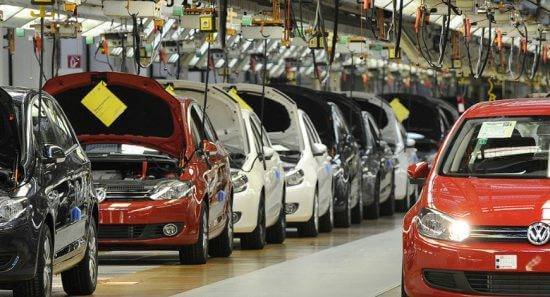 If one development reveals the depth of India’s ongoing slowdown, it is the demand collapse in the automotive industry. Reports from the sector tells that several plants were either shut down or are in the verge of halting operations temporarily.

Though the shutdown were temporary and cyclical, operations will remain paused till demand revival symptoms are back.

The extent of the automobile sector crisis

Reports from the industry association indicate that the vehicle sales registered its steepest fall in nearly 19 years. Effectively this is the biggest fall since the birth of India’s modern automobile sector itself.

In July, vehicle sale in all categories slumped to 18.7% to nearly about 18.25 lakh units, down from about 22.45 lakh units, a year ago in the same month. This is the ninth straight drop in monthly passenger vehicle sales.

The fall in sales and production led to the cutting of over 2.20 lakh jobs in the sector. Job losses and production cuts in the sector are about to create its negative effect into other related sectors in the form of demand decline for consumer goods. Villages are not going to get income from their people employed in the urban auto plants.

Close down of plants like the Suzuki’s Manesar plant have made thousand jobless. Labourers are returning to their rural homelands. Hundreds associated small entities that were thriving around auto-manufacturing plants also lost their business.

Demand collapse in the economy makes its first significant appearance in the consumer durables including automobile. Its impact also will be sizable as the sector has high linkage with other sectors of the economy.

Why automobile is big in revealing the slowdown pain?

In every big economy, the automobile sector contains sizable value addition because of the market value of the output. But in India, it is more important vis a vis export-oriented economy like China and South Korea. In export-oriented economies, the manufacturing activities are spread across different sectors like electronics, machinery manufacturing etc. Slowdown here means fall in export demand.

Since India is a domestic demand dependent economy, the fall in overall income and the resultant demand collapse in the entire economy can be gauged from the automobile sector. Actually, it is the inability of the country to be competitive in modern high-tech sectors like electronics that the domestic market seeking automobile became more important in terms of value addition and employment.

In India’s overall economy featured by non-export-oriented, ‘production for domestic economy’ operations, the automobile is the centre of domestic manufacturing.

According to industry estimates, turnover of the automotive industry (automobile plus automobile components), is nearly half of the manufacturing GDP.

The industry observers point out that the current slowdown in the sector is very different earlier ones experienced in the past. Most of the past downtrends were created by global factors; but the current one is due to domestic factors.

Several revival measures are suggested by industry analysts to bring back momentum. But they are not easy because of two factors. First, the government’s financial health is not good to provide stimulus to the size it got in 2009.

Government can’t even think about a significant GST cut in the context of declining tax revenues. Still, it may go for some consolation tax cuts. Another difficulty is that unlike in 2009 (when the excise duties were reduced and banks extended loans for vehicle purchase), the banking sector is not in a strong position to expand credit. Second, the sustainable way for demand revival is expansion of demand from the rest of the economy. This will take time and hence, the automotive industry’s problems may continue at least for few quarters.

Rupee is fighting against multiple adversaries