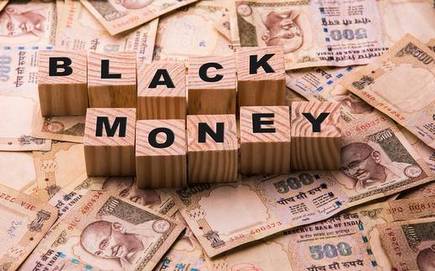 Action against the account holders who made huge cash deposits during the demonetisation period is coming to the final stage. According to the Central Board of Direct Taxes, there are 87000 people who deposited more than Rs 10 lakh in their accounts and are yet to make income tax filings.

These people are given a deadline and have to file their returns by 31st March.

The non-filers who have sizable income, represent the ultimate group that are caught as black money holders if not substantiated with supporting documents about their income.

Low income tax base is one of the biggest problems in India as there were only 6.85 income tax filings in 2017-18 when the country is having a population of 133 crores.

As per the CBDT, there were 3 lakh people with more than Rs 10 lakh deposits and doesn’t matched their income tax status. The tax department served notices to these account holders. Among the 3 lakh account holders, nearly 2.1 lakh people file returns by the previous deadline of March 31st, 2018.

Regarding the non-filers, the income tax department has come out with a Standard Operating Procedure (SOP) that contains seven-point guidelines for the account holders to file returns.

After the costly note-ban exercise, some rewards were obtained by the tax department as it trapped new potential tax payers who were hiding so far.  But their number is not substantial.