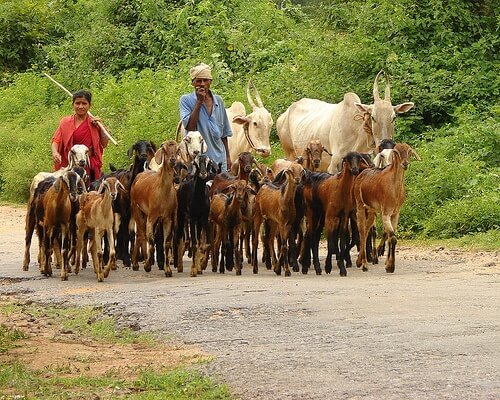 Norway is the first ranked nation as it has the highest HDI value 0.954 out of 1.00. Hong Kong and Singapore are in the top ten group whereas Japan is ranked at 19. Gulf nations UAE and Saudi Arabia are placed at 35th and 36th respectively. Sri Lanka has the highest HDI attainment among South Asian countries with a score of 0.780 and is placed at 71st. China is placed at 85th.

India’s ranking improved mainly because of the decline in poverty, improvement in education and health sectors.

At the same time, India’s performance continues to be poor with respect to inequality. Group based inequalities are still high in India especially related to women and children.

According to the report, South Asia is the region witnessing fastest improvement in HDI understandably because of its past low HDI attainments.

Sri Lanka and Maldives have high human development of above 0.70 score from the South Asian countries.

The HD Report 2019 analyses India’s progress under a box ‘Horizontal inequalities in India: Different dynamics in basic and enhanced capabilities. In the analysis, the Report point out that despite progress in several areas, a problem area for India is horizontal inequalities. Here firstly, ‘‘the Scheduled Castes, Scheduled Tribes and Other Backward Classes underperform the rest of society across human development indicators, including education attainment and access to digital technologies’’.

Persisting inequality is one problem that India has to address as per the HD Report. For example, the top 10 percent received an estimated 47 percent of income in the United States, 41 percent in China and 55 percent in India (P, 110, HDR 2018).

Income inequality based on the top 10 percent’s income share increased since 1980 and this increase is the highest for Russian Federation, India and the US. Income growth of the bottom 40% was 58% whereas that of the top 1% was 213% for India between the period 2000 – 2018.

In the case of Gender Inequality Index, India is ranked at 122nd.

According to the UNDP, 1.32 billion people in developing countries are multidimensionally poor. Out of this 1.32 bn (132 crores), nearly 54 crores are in South Asia; whereas India is the home for nearly 37 crores (370 mn).

Centre brings a serious review to the ecommerce policy