NFRA is the national regulator for the audit sector and is a part of Ministry of Corporate Affairs. It has taken over all the powers of Institute of Chartered Accountants of India (ICAI) regarding regulation of auditors.

Previously, the auditors were regulated in a self-regulatory manner under ICAI. But in 2016, the Company Law Committee recommended the creation of NFRA. But debate about its role delayed its formation till October 2018.

The fraud at Punjab National Bank due to operational failure and inability of the auditors to discover the irregularities strengthened the idea of an independent regulator. Government moved ahead to create an independent oversight mechanism in the auditing profession and the Cabinet notified the NFRA on March 21, 2018. National Financial Reporting Authority (NFRA) was constituted on 1st October,2018 by the Government.

Creation of an independent oversight body in the form of NFRA has also helped India closer to the global audit regulation standards. For several countries, auditors are regulated by independent regulator.

Functions and powers of NFRA

The NFRA can issue an order imposing monetary penalty and can debar an individual member or firm registered with the ICAI for six months to 10 years, for professional or any other misconduct.

In the near future, the NFRA is also expected to make annual scrutiny of specific stressed companies. With the formation of NFRA, ICAI would continue to regulate the auditors of public companies below a certain threshold as well as private companies.

At present, the NFRA has two executive directors, one full-time member and a secretary. It has a consultant in its board as well. Representation will be given to Institute of Chartered Accountants of India.

The biggest audit firms in the country have been told to submit details about the audit processes, the member of clients, details of fees, the non-audit work dine for these clients, details of audit qualifications on financial accounts. Auditors have to make their response in 90 days.

NFRA regulations now cover around 90% of all the listed and unlisted companies and firms. The exercise is aimed to form stricter regulations addressing risks in audit profession.

The focus of the new set of regulations by NFRA is to create sound and stricter regulations so that there is no conflict of interest for auditors and to ensure that the auditors remain independent while doing their audit functions.

Failure of auditors in the case of IL&FS associate firm – IFIN, Punjab and Maharashtra Bank, ITNL etc raises questions about the auditor functions. NFRA stated that the Deloitte Haskins & Sells, which audited the books of IL&FS Financial Services Limited (IFIN), had failed to comply with the relevant accounting standards. 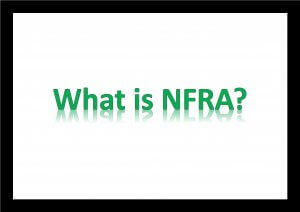 What is Fugitive Economic Offenders Bill 2018?