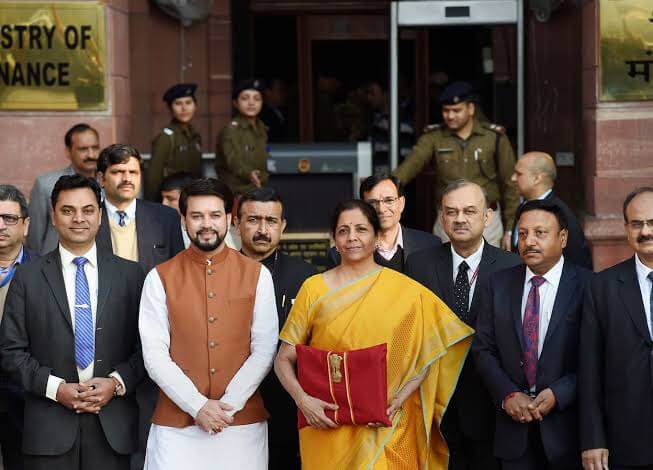 One interesting question about budget 2020 was what will be the budget size to manage the government’s response to the slowdown. Economists were convinced that the fiscal deficit target of 3.3% of GDP will not be kept. But surprisingly, the FM was able to restrict fiscal defict to  3.5% of the GDP.

This means that for the next year, the budget may be slightly above the FRBM target.

Most expectations about a potential crossing of the government’s borrowings to 4% of GDP was unfound. But only a deep analysis will reveal the credibility of the figures. If a 3.3% tarte for the current year reached 3.8%, a 3.5% for the next year may end at 4%. Effectively fiscal deficit may cross the risky 4% mark when the financial year is completed.

But for the current year, the government has outstretched from the target. Here, the FM has taken the full limit of the exemption given under the FRBM Act for 2019-20. The stipulated borrowing or fiscal deficit target for the year was 3.3%. But the FRBM Act also permits an additional borrowing of 05% of GDP in the form of an escape clause of 0.5%.

Here, the FM kept the fiscal deficit at 3.8% of GDP by fully utilising the permitted 0.5% escape clause.

An expansionary budget would have taken fiscal deficit near to 4% and this requires amendment to the FRBM Act. It has not been followed.

Hence, the FM thus restricted budget expenditure to her purse, and it is mostly a normal time budget. Given the total budget size, we can say that the FM has presented a moderately budget under the demand for a counter cyclical fiscal policy.

Finance Minister has taken a middle path in structuring her budget between a conventional budget and an expansionary budget that suits a slowdown period.

What we can rate is that the budget is sligthly expansionary by retaining the elements of countercyclical fiscal policy. Perhaps, the major factor that limited the FM to restrict expenditure would be the dimming revenue prospects. It is expected that the at the end of the fiscal year, the fiscal deficit figure may touch 4%.

The NK Singh Committee observed that the government has to spend more during the time of a slowdown and hence it need not restrict its borrowing to keep the fiscal deficit target. Hence, the committee advocates countercyclical covers in fiscal policy while following the FRBM.