Home Latest Updates Budget 2020: why it is curious and special? 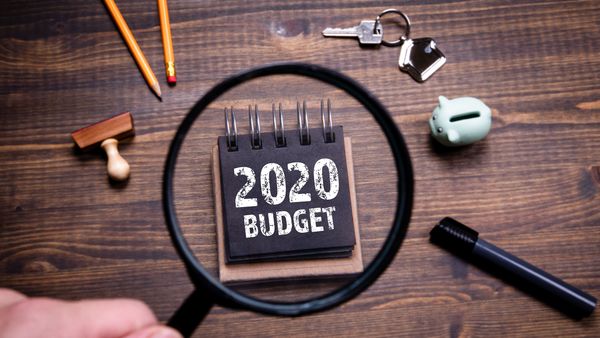 This budget is going to be different from other budgets in several respects. Unlike in the past, the current situation extends a plain option for the government to either spend more or to remain disciplined.

This difficult choice at a time when there is falling revenue growth pains the government definitely. Still, it can go for expansionary budget-that’s what the circumstances demand from it.

Government has to play its part to create some momentum in the economy.

Another dimension is that the government has lot of business to complete through this budget. The Direct Tax Code, novel measures to improve the NPA situation of the banking system, a mechanism to promote infrastructure expenditure etc makes this budget full of action.

Now, most important one is that we are living in an era where fiscal policy is getting more strength in the hands of authoritarian type leaders led by Donald Trump. They are not believers of monetary policy and they have tranquilised central banks over the last couple of years.

The global economy management trends show that governments are getting superior power vis a vis central banks in managing economic crisis. In the US, the Trump administration has used several innovative budgetary measures to revive the economy. Trump even booed the Federal Reserve.

Central bank’s monetary policy was known as the only game in the town previously. But that was till the Global Financial Crisis. Now, it has limited options. RBI’s governor- Shaktikanta Das mentioned that he is waiting for the government’s counter cyclical fiscal policy in the budget to take additional steps.

This means that the government has the power to use its tool in accordance with its will. The binding of FRBM is not that much restricting. As the former Finance Minister Pranab Mukherjee mentioned during the crisis time budget presentation of 2008-09, ‘extraordinary circumstances necessitate extra ordinary measures.’

The question is whether the government is ready to make some extra steps. In this slowdown time, the FM knows that the situation demands a clear stand from the part of the government either to spend more or to clutch the FRBM spirit.

The government has to decide on whether to spend more or to remain conventional. It all depends on your approach. That is why this one is going to be so tempting one as a policy gesture.

Certainly, you need not be surprised if the government goes out of the box with tax cuts and expenditure enhancement in areas like infrastructure and thus landing at a fiscal deficit figure of 4% to 4.5% of the GDP.

DTC and its historical entry

There are a number of areas where the budget can make few historical steps. For example, the six-decade old Income Tax Act is about to be repealed and a Direct Tax Code is set to make its entry. If that happens, this budget is going to be a historical one.

A dedicated Development Financial Institution type entity for financing the infrastructure sector can be expected. Similarly, a mechanism to fight NPAs in the banking sector also can’t be ruled out.

A lot of policy and action fronts are open for the government. Budgetary intervention to support the NPR is there to make a political vote. Income limit for PMAY households can be increased to promote affordable housing. Similarly, a dedicated fund for the promotion of the electronic sector will also be made. In the same way, strong measures are expected to revive Make in India when the programme is rated as a failure.

The stage is set for the FM to deliver the deal in accordance with her priorities. What we can expect is a bouquet of policy measures to fight this slowdown. There is no way but to fight it out and this makes the coming budget curious and special.

Budget surprisingly manages borrowing in the outskirts of the FRBM target