Home Classroom What is tax-GDP ratio?

Tax-GDP ratio of the centre and states combined will be near around 16%. Big changes in tax GDP ratio rarely occurs. 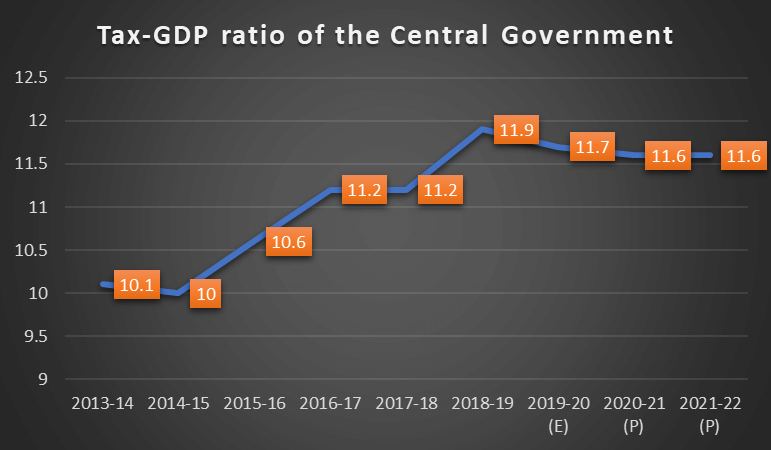 What should be the ideal tax -GDP ratio?

India’s tax-GDP ratio is lower compared to the international level. At the same time, India’s government expenditure to the public is also lower than the world average. Still, higher tax revenues will help the government to provide more services to the people in the form of welfare schemes.

The basic principle is that the government should get adequate revenues to finance its expenditure. Hence tax-GDP ratio should be enough to meet government expenditure.

In Western countries, the tax GDP ratio is higher. Several governments have tax-GDP ratios of nearly 20 to 25%. But at the same time, government expenditure there is also very high as those Government makes expenditure on hospital expenditure, free schooling etc.

In India, compared to several other countries, tax-GDP ratio is lower. The combined tax-GDP ratio for the canter is estimated to be around 11.7% as per 2019-20 budget.

Tax GDP ratio is lower because of narrow tax base. Only about 4% of the country’s population pays income tax. There is large scale of tax evasion. Similarly, corporate have tendency to avoid taxes. Weaknesses in tax administration is another factor.
What are the measures for the improvement of tax-GDP ratio in India?

Over the last one decade the government has made several steps to raise tax -GDP ratio. The main hurdle is the prevalence of black economy. The demonetization programme and the follow up steps have added strength to the fight against black money. Tax -GDP enhancement steps are broadly two:

Tax structure of India is already a settled one. In 2019, the corporate income tax rate has been down to 22% (aggregate 25.17%) by eliminating all concessions and deductions. The new structure avoids complexities in tax administration.

In the case of PIT, there are only three rates. Unnecessary deductions and exemptions were eliminated. But the recent creation of new tax slab of above Rs 5 crore may add to tax administration difficulties.

Regarding indirect taxes, the launch of GST is supposed to raise tax revenues once the beginning stage problems are over. Still, the low revenue realisation even into its third year of implementation is a matter of concern.

According to the TARC (Tax Administrative Reforms Commission), technological innovations have helped tax administration significantly. PAN based transactions; online tax filings etc., have improved the efficiency of tax administration in the country. 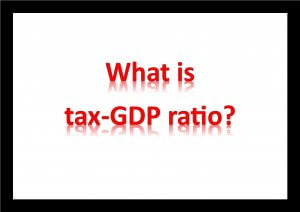 What is a Shell Company?

What is Special and Differential Treatment (S&DT) under WTO?