National Infrastructure Pipeline is the investment plan unveiled by the Central Government for enhancing infrastructure in identified sectors for a period of five years from 2020-25.

Funding of the scheme

The infrastructure plan was proposed by the Taskforce on National Infrastructure Pipeline for 2019-2025. Report of the Task Force was also published by the FM.

The infrastructure investment plan was initiated after PM Modi’s Independence Day speech where he proposed Rs 100 lakh crore investment in infrastructure over the next five years. Following the PM’s vision, the task force was constituted, and it identified different sectors and allocation for Rs 102 lakh crore worth of projects. Another Rs 3 lakh crore projects will be added.

Investment in infrastructure is a good strategy to overcome the current slowdown. Governments usually unveils mega infrastructure projects to reactivate the economy when it falls in slowdown. The policy of high government spending in infrastructure energises demand in other sectors and led to more fund flows to various sectors besides creating valuable assets.

Vision, Strategy of the Infrastructure Pipeline set by the Task Force

The Task Force on National Infrastructure Pipeline that chaired by Secretary, Department of Economic Affairs (DEA), Ministry of Finance (MoF) submitted a detailed report on the infrastructure plan. Main function of the task force was to identify technically feasible and financially/ economically viable infrastructure projects that can be initiated in fiscals 2020 to 2025.

The task force observed that by 2030, around 42% of India’s population would be urbanised from the current 31%. Hence, urban infrastructure is also to be modernised.

The Taskforce has proposed certain goals, strategies and standards under its Infrastructure Vision 2025. Following are the components of the vision.

(a) Affordable and clean energy

(e) Housing and water supply for all

(h) Good health and well being

This vision will help India to achieve Sustainable Development Goals. Similarly, it will help the country to meet the requirements of faster urbanisation. It is expected that by 2030, nearly 42% of the Indian population will be living in urban areas.

The real challenge will be realising the funds required for infrastructure generation.  Size of the proposed investment is big compared to previous six year’s completed investment in the infrastructure sector. Centre and the states made an investment of Rs 51 lakh crore during the previous six years according to the Finance Minister. Here, realising Rs 102 billion in the next five years will be a huge task given the precarious fiscal situation of the governments. 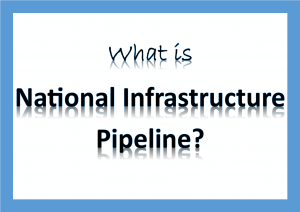 Why manufacturing is important than services sector in India’s economic development?

What is affordable housing? What are the govt measures to promote...