Home Classroom What is Investment Facilitation? 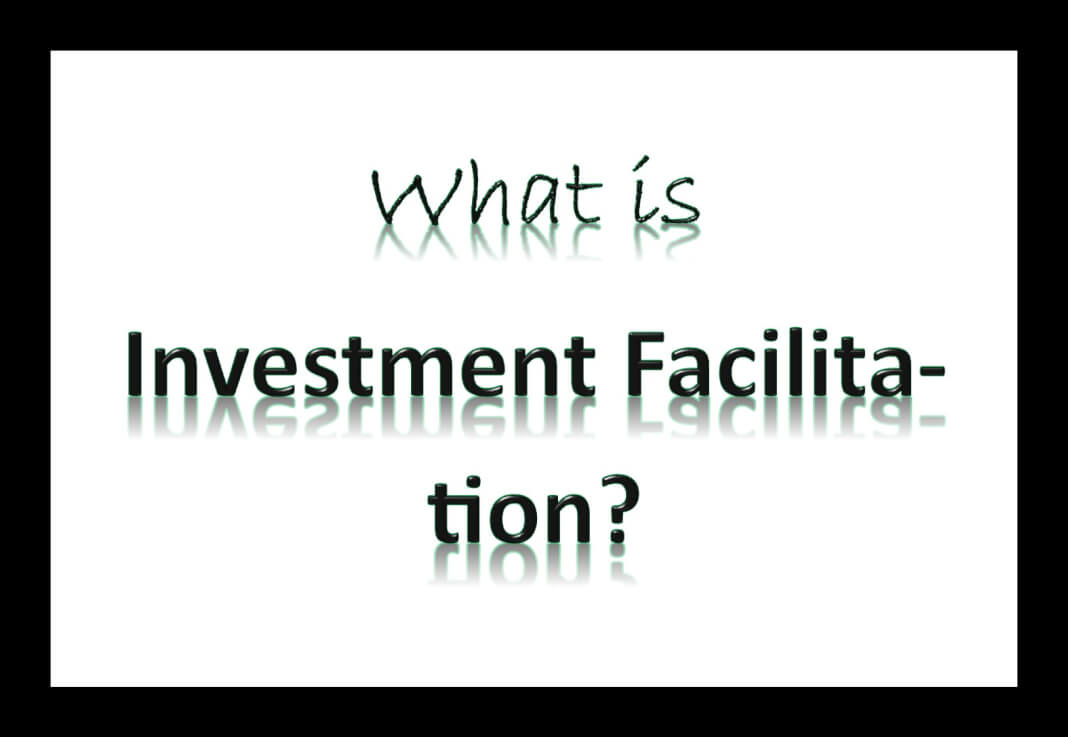 Investment facilitation got the attention of policy makers as a group of countries tried to bring it into the discussion table of the 11th WTO Ministerial Conference at Buenos Aires. Though the MC has not reached on any agreement on it, a plurilateral group comprising of 70 countries has decided to make future discussions on the topic.

What is investment Facilitation?

According to the advocates of investment facilitation discussions at WTO, investment facilitation is for creating a more efficient, predictable and ‘investment-friendly’ business climate – by making easier for investors to establish operations, conduct their day-to-day business, and expand their investments. “The focus, they say, is not on changing members’ investment policies, but on implementing and administering these policies transparently, efficiently and predictably. In many cases, the bottlenecks, inefficiencies and uncertainties that investment facilitation seeks to address arise mainly from unnecessary “red tape” and bureaucratic entanglements.”

The promoters of investment facilitation argue that there is a need to encourage more international cooperation to facilitate investment – both between governments and investors, and between ‘home’ and ‘host’ countries.

Investment facilitation is different from investment promotion as the latter is about promoting a location as an investment destination.

A group of 70 member-states, including both developed and developing states, signed a Joint Ministerial Statement on Investment Facilitation for Development, calling for structured discussions toward the development of a multilateral framework on investment facilitation. The group was led China and the EU, Pakistan etc.,

But it was not considered for serious discussion as several countries including India raised objections to it because it is a new issue.

The Indian stand at Buenos Aires was that Investment Facilitation like ecommerce is a new issue. It can be considered only after solving the existing issues like food security. India on the other hand advocated a Services Trade Facilitation agreement for the promotion of service trade. At the Bali MC, a Trade Facilitation Agreement for smoothening customs procedures were agreed and that remains the most important trade agreement that is reached after the inauguration of the WTO in 1995.

What is External Commercial Borrowings (ECBs)? What are their advantages?