The Goods and Service Tax in India was launched with the cooperation of the states and the centre. Since the taxes of both the centre and states were merged under GST, immense cooperation between the two was required for configuring the GST reform. Here, an important component of the GST implementation was the compensation by centre to states when the latter undergoes revenue shortfalls due to the implementation of GST.

While implementing the GST in 2017, a major concern of the state governments was the possibility of revenue loss. Several states argued for compensation from the centre if the revenue from GST to them falls than that of the estimated level.

The centre initially resisted to compensation but later agreed for the first five years.

What is the purpose of the compensation?

Main purpose of the compensation clause was to incentivise states to accept and implement the GST. States have to give up the control over their major tax revenues including the state sales tax that are to be merged under GST. Effectively, states had given up their power to impose and collect taxes on goods. Hence, assuring no revenue loss after the implementation of GST became important.

In the past, the centre compensated states when the latter introduced Value Added Tax (VAT) n place of state sales tax in 2006. Hence, compensation in case of revenue loss became a conventional clause when the state is undertaking any tax reform at the insistence of the centre.

What is the statute for GST Compensation?

GST Compensation clause was inserted under the GST Act. As per the provisions of Section 7 of the GST (Compensation to States) Act, 2017, loss of revenue to the States on account of implementation of Goods and Services Tax shall be payable during transition period of 5 years. The compensation payable to a State shall be provisionally calculated and released at the end of every two months during transition period of 5 years.

Periodic estimation and transfer of compensation

After estimating the compensation in a two-month provisional basis, the money should be released at the completion of every two months. Besides, a yearly calculation of the overall revenue should be done which will be audited by the CAG.

GST Cess can be levied on both intra-state and inter-state supply of some goods and services.

Since GST Compensation is for five years, the GST Cess will be applicable till July 2022.

How GST compensation revenue is obtained?

To avail the revenues for GST compensation, the centre has imposed a cess on specific products especially, those considered to be ‘sin’ or luxury goods. So, there is a GST compensation cess on these items.

The proportion of compensation

What is GST Compensation cess?

GST Compensation Cess is imposed as a levy in addition to the regular GST taxes. The cess is imposed on the supply of certain luxurious and demerit goods and services that attract 28 per cent GST. The cess rate usually ranges from 1% to 25% and is levied over and above the GST rate.

GST cess is applicable to a variety of goods or services that are traded either intrastate or interstate trade. Entities that fall under the composition scheme need not pay the cess. The main items that attract the cess are:

The list of the items is changed with change in GST Council decision. Rates for the goods/services also differ. 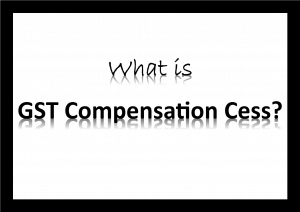 What is FAME India Scheme?