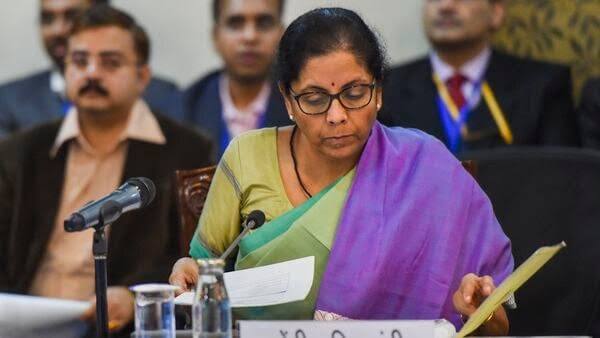 The 38th GST Council that was expected to increase rates on certain items in the context of stagnant tax revenues; but decided to keep the current rates. At the same time, on the controversial issue of GST on lotteries, the Council decided to fix a uniform rate of 28% across the country after a voting.

Uniform rate also means there will be same rates for state and private lotteries.

The Council also fixed 18% rate on woven and non-woven bags.

Voting to decide the lottery issue

On lotteries, the decision was taken after voting. This is the first time since the formation of the Council that voting has been resorted to take a decision.

The voting was needed mainly because of Kerala Finance Minister Thomas Isaac’s insistence. His stand was that there should be higher rates for private lotteries.

The division of opinion on lotteries was on two aspects. First, whether there should be single rate or dual rate. Secondly, if it is single, whether it should be 18% or 28%.

At present there is dual rates on lotteries — 12 per cent tax on state-run lotteries and 28 per cent on private lotteries permitted by states. Hence, voting was conducted twice. First, on whether there should be a uniform or dual rate, seventeen states voted in favour of single rate and seven for a dual rate. Maharashtra, after the political leadership change, voted for a dual rate contrary to its earlier position. Second voting was on the selection of single rate- whether the rate should be 18 per cent or 28 per cent. Here, all states voted for 28 per cent.

The new rate will be effective from March 1, 2020 onwards.

The issue of stagnant revenues

Leading concern about GST is the almost stagnant revenues. Here, the Council adopted a good convention of avoiding continuously altering rates. If rates are altered frequently, it will distort business environment besides disturbing the administrative set up of GST.

Rather, at the meeting, the Council decided to seek the help of experts to avoid the leakages. It is believed that several leakages are creating revenue shortfall. Earlier, the Council sought views of states on rate revision and thus to increase revenues.