In June 2019, the RBI issued guidelines for Financial Benchmark Administrators (FBAs), which control ‘significant benchmarks’ in the markets for financial instruments regulated by the banking regulator.

As per the RBI notification, the role of FBAs is to control the creation, operation and administration ‘benchmarks’ like prices, rates, indices, values or a combination thereof related to financial instruments that are calculated periodically and used as a reference for pricing or valuation of financial instruments and contract.

What is a financial benchmark?

At their core, financial benchmarks are rates (interest rate) or prices (of bonds) that are referenced or used in a variety of financial contracts to determine a value or payment.

For example, a firm may borrow money today and pay the lender interest based on the market interest rates, indicated in a financial benchmark.

Financial rates like the standard interest rate, exchange rate, government security’s yield etc are some of the important benchmarks in the financial system.

In the stock market, bulk of the deals are in derivatives which are an important type of financial product that uses financial benchmarks (index changes) for settling the payment.

So, significance of such rates is that, it is based on these rates that trading on various financial contracts like derivatives are settled. Hence, a reliable and precise benchmark interest rate (like the MIBID, MIBOR), exchange rate for rupee etc., are very essential.

These standard rates or benchmarks are set after analysing the current market data about the relevant financial transactions. Hence, there is significant level of sophisticated data analysis without any fault that is included under setting financial benchmark setting like determination of the market exchange rate for rupee and the US Dollar.

The institutions that have the authority to find and set such benchmarks are called Benchmark Administrators.

A major criterion is that besides the sophisticated collection of data, analysis etc, the benchmark administrator should not have shown any fault like bias, manipulation etc. He should not have conflict of interest. Here, if he/entity is in some other position like that of a regulator or the owner of a financial market entity, he may manipulate the data. Here comes the vital importance of a capable financial benchmark administrator.

“Public authorities and the financial industry are now collaborating globally to improve the reliability, resilience and governance of financial benchmarks to restore the confidence of both markets and the public in these rates.” – (Reforming Financial Benchmarks: An International Perspective; Bank of Canada).

Financial Benchmark Reforms in India – LIBOR lessons, Vijay Bhaskar Committee and the setting up of FBIL

After the shocking LIBOR scandal, benchmark reforms were attempted in India as well. A committee under Vijay Bhaskar made recommendations to the RBI on financial benchmarking reforms in the country.

But as a follow up of the report and trends in global reform developments, the RBI instructed the creation of a new entity as a financial benchmark administrator with the joint coordination of the existing players.

Conflict of interest and the setting up of FIBIL

The FBIL was formed in December 2014 as a private limited company under the Companies Act 2013. FBIL is regulated by Reserve Bank of India, for administering specific benchmarks. Its objective is to develop and administer India’s benchmarks relating to:

Who is a Financial Benchmark Administrator?

According to the RBI, “Financial Benchmark Administrator (FBA) means a person who controls the creation, operation and administration of financial benchmark(s).”

FBAs should have the control the creation, operation and administration ‘benchmarks’ like prices, rates, indices, values or a combination thereof related to financial instruments that are calculated periodically and used as a reference for pricing or valuation of financial instruments or any other financial contract.

By administration, RBI implies includes all stages and processes involved in the production and dissemination of a benchmark.

RBI issued guidelines for setting up of financial benchmark administrator (FBA) for administering “significant benchmarks” in the markets for financial instruments.

Following are the minimum eligibility criteria for FBAs:

The existing FBA is the FBIL and hence these regulations are applicable for FBIL as well.

The Reserve Bank may revoke the authorisation granted to an FBA based on adverse findings/ observations or material violation of any of the provisions of these directions.

What are significant benchmarks? 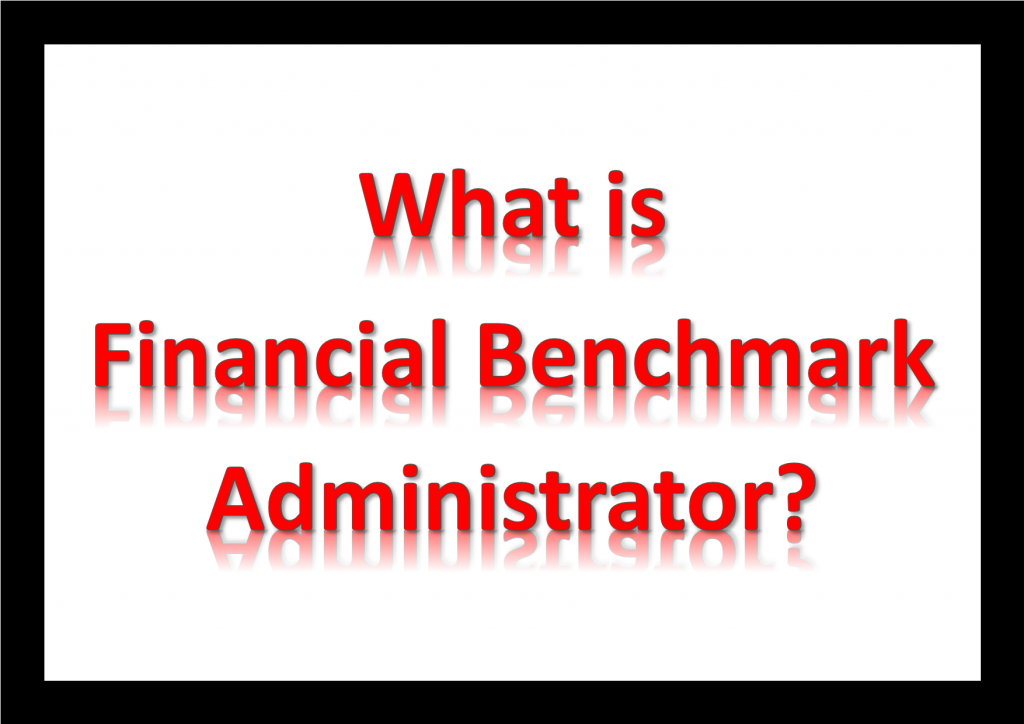 Why credit rating matters for India?

Why Bitcoin is not a currency?