As per the monetary policy of the RBI, ideally, the call rate should travel within the corridor showing a comfortable liquidity situation in the financial system and economy.

The corridor structure for the policy rate is a helping guide for the RBI to design its monetary policy operations. Call money rate is the operating target of monetary policy.  As far as the call rate lies within the corridor, there is not much liquidity disturbance in the system. 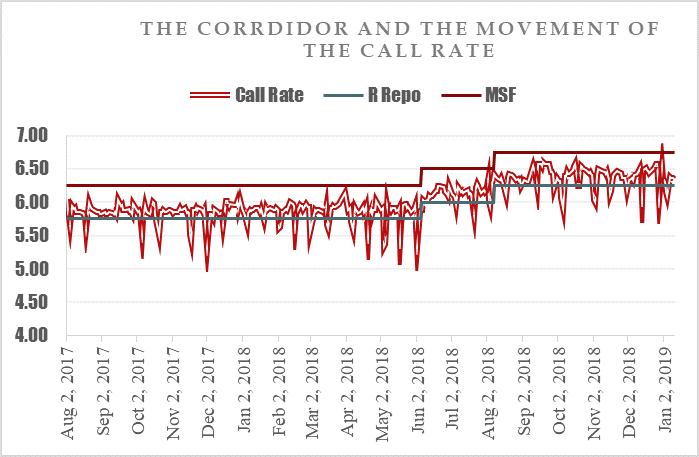 The position of call rate is a suitable guide in designing the RBI’s liquidity stabilization response.

The above diagram shows the corridor movement from August 2017 to January 2019.

As part of the Covid 19 response package, the RBI brought down the repo rate, reverse repo rate and MSF rates. After this intervention, the corridor width increased to 65 pbs from 50 bps. 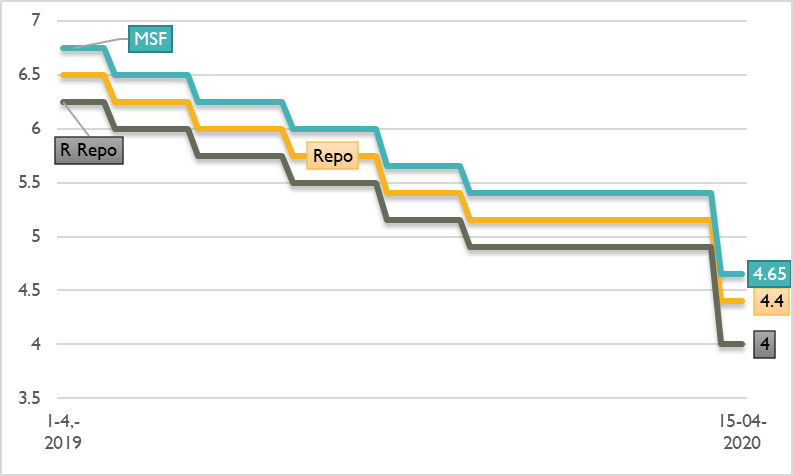 So, the difference between Reverse repo rate and MSF rate widened from 50 bps to 65 bps.

This widened the gap or corridor between the two rate is quite asymmetrical according to the RBI.

Why the asymmetrical corridor?

During March so far, banks have been parking close to Rs 3 2 lakh crore on a daily average basis under the reverse repo, though the growth of bank credit has been slowing down.

In view of persistent excess liquidity, it has been decided to widen the existing policy rate corridor from 50 bps to 65 bps.

What are State Development Loans (SDLs)?