Home Classroom What are the pros and cons of the Rupee-Ruble payment arrangement?

The Russian invasion of Ukraine has caused tremendous economic hardship to India. Higher crude price, sanctions against Russia etc. are some of the costs that India has to bear. Still, for managing these difficulties, India is thinking on restarting the Rupee-ruble payment mechanism for settling bilateral trade.

What is Rupee-Ruble payment arrangement?

Under this payment arrangement, Indian exporters can get their payments in Ruble whereas Russian experts to India  will be paid in Rupee.

Why was this set up?

Though the Rupee-Ruble trade arrangement came into the limelight in the context of the Ukraine invasion, it was created in 1953 under the Indo-Soviet Trade Agreement was signed. But during that time, Russia enjoyed sizable trade surplus and as a result their rupee holdings went high. This has created rupee investment problem for Moscow and consequently the arrangement became redundant during the 1980s. later in 2014, both countries brought back the arrangement to bypass US sanctions on India-Russia defence deal.

The pros and cons of Rupee-Ruble payment mechanism

Now, in the context of the Ukraine invasion, Russia is going to face severe trade and economic sanctions. There will be only few countries on which Russia can engaged in trade.

On the other side, India will be suffering from higher crude prices. In this context, the reinstatement of the Rupee-Ruble payment arrangement will benefit both sides.

Advantages of the arrangement

Following are the advantages of the payment arrangement in the current context.

At the same time, the arrangement may create some disadvantages for India.

Risks of the arrangement

Hence, the Rupee-Ruble payment arrangement can overcome several problems, it will create fresh ones. Detailed agreements between the two sides is necessary for the success of the arrangement. 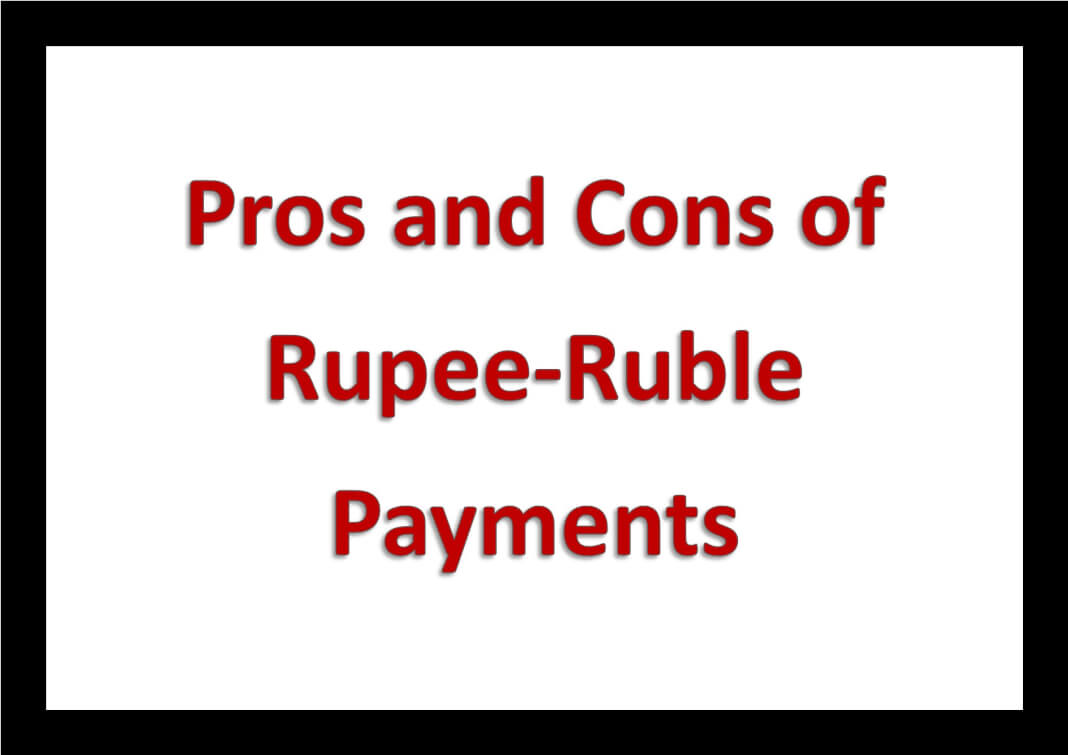 RBI’s Revised Framework for the Resolution of Stressed Assets

What is Generalized System of Preferences (GSP)? What is its significance...