Home Classroom What are the impacts of the US Fed’s interest rate policy on...

The US Federal Reserve, the central bank of the US, has increased its short-term policy rate (like the repo rate in India) by 25 basis points. This step is a ‘U’ turn in its monetary policy stance as since the outbreak of Covid, the Federal reserve has been keeping its interest rate low and was pumping money into the economic system. These two step means the central bank was following an easy money policy to support the recovery of the covid hit economy.

Now, such an expansionary policy has to be reversed because of the strong inflation occurrence in recent months in the US. Usually, in an economy like the US, the inflation rate will be around 2%. But the US labour Department indicated that the inflation rate reached a 40 year high of 7.5% in February. The rate may go even higher in the context of the potential supply shock of the Ukraine invasion. So, the inflation hike should be countered.

We all know that the policy medicine to contain inflation is to raise the short-term interest rate (the repo rate for example in India). Hence, the US Fed has declared a plan several months ago to raise the interest rate and thus to reverse the expansionary monetary policy it has followed since the Covid outbreak. Here, the current hike is a beginning of the interest rate hike by the Federal Reserve.

The first phase hike was made by the Fed on March 17th. This is the first interest rate hike since the Covid-19 pandemic hit the global economy. Now, the question is how this rate hike by the US Fed will influence the Indian economy.

Effect of the US Federal Reserve on the Global Economy

But before analysing the impact of the Fed’s U turn and the rate hike, always understand the way in which the Fed implemented the interest rate hike this time. It has given constant notices, advices and timeline plans for implementing the policy rate hike. Everybody in this world was convinced about the timing of its actions. In other words, financial markets, central bankers of other countries, investors and regulators all have good anticipation or expectation of the current policy rate hike. This informative intervention by the Fed was to avoid any shock in the global economy as a result of its policy actions.

Now, we are analysing the potential effects of the US Fed’s policy rate hike on the Indian economy. 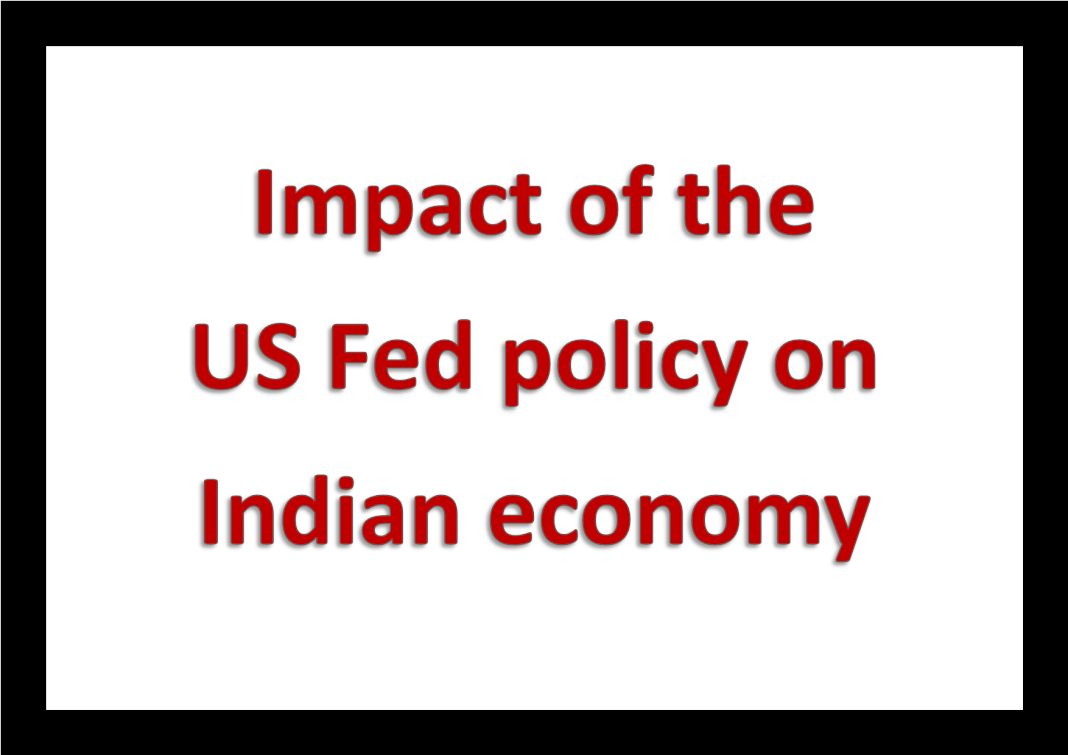 What is Board for Financial Supervision (BFS)?

What is a bond? How it works?