Recently, the Pandora Papers revelations have once more highlighted the illicit money holdings by several high-income Indian citizens abroad. The Pandora Papers unearthed income and wealth stored by rich people of different socio–economic backgrounds from different countries in tax havens and developed country destinations. Some of these funds may have obtained out of illegal activities while some others are stored legally there to escape high level of domestic taxes. The data showed information about 330 politicians, 130 Forbes billionaires, celebrities, royal family members etc. It shows how the rich saves their money outside their home country to escape from home country taxes.

The classification of such financial flows that occurs often from developing countries to tax havens and rich countries is complex. The money stored there may be coming from different sources and activities -illegal and legal. Objective for storing the wealth there may by different extending from secretively hiding illegally obtained income (from smuggling, corruption etc.) to avoid high domestic taxes and thus confidentially storing money overseas. So, these financial flows from developing countries to tax havens may be an instance of tax evasion, money laundering, tax avoidance etc. Viewing all those money holdings overseas just from the angle of money laundering, terrorism etc. lack sense. At the same time, they have the common objective of escaping from domestic taxes and not disclosing the wealth to the domestic authorities. Hence, such money flows are described under a common terminology called illicit money flows. The most important outcome of these flows is that they led to revenue loss of the home country governments.

Earlier, the Global Financial Integrity, a Washington based independent think tank founded by Raymond W. Baker was the chief entity tracking illicit financial flows. Later, several formal institutions like the IMF and national governments tried to track and focus on such money flows. Now, there are intergovernmental attempts to check the illicit money flows. Still, the destination countries and the governments like the UK, Switzerland etc. are soft on these fund flows as it is an opportunity for these countries to secure money from other countries. The burden of tracking such flows and to initiate prosecution on those accounts and wealth which are illegally obtained thus falls on  shoulders of home countries like India.

What are illicit financial flows?

There are similar looking definitions for illicit money. According to the IMF “Illicit financial flows refer to the movement of money across borders that is illegal in its source (e.g. corruption, smuggling), its transfer (e.g. tax evasion), or its use (e.g. terrorist financing).”

According to Global Financial Integrity, “Illicit financial flows (IFFs) are illegal movements of money or capital from one country to another. GFI classifies this movement as an illicit flow when funds are illegally earned, transferred, and/or utilized across an international border.”

Now, the curious question is whether the money legally created and transferred across to avoid taxes in the home country comes under illicit money. Here, the international community including regulators and governments are confused. The IMF also is slightly reluctant in including the transfer of funds obtained from tax avoidance under illicit money. This is because tax avoidance is legal. The IMF brings a much broader classification to portray the tax avoidance created capital flows as bad under the title ‘Illicit and tax avoidance related financial flows (ITAFFs).’

“The IMF has also long been concerned with flows that, while not strictly illegal, are associated with tax avoidance resulting from aggressive tax planning.” – IMF.

Sri Arun Kumar, who has made tremendous research on illicit financial flows and black money also indicate that some of the Pandora Box funds are legal though not good. “Given the complexity of the tax laws and the loopholes available, some of the debt moves may be strictly legal, but not necessarily morally justified” (the Hindu article- Taking the lid off illicit financial flows). It is interesting to see that national governments and international organisations are now coordinating to fight not just tax evasion but also tax avoidance. The BEPS project and the recent tax agreement among 140 countries on a minimum corporate income tax are efforts for this direction.

The illicit money flows are big headache for national government mainly because they incur tax revenue loss for the home countries. Similarly, such trends may encourage further tax avoidance outflows in future. The illegal activities that created the high proportion of such funds is another burning issue. According to the IMF, ITAFFs) produces big impact on the economy from which such flows occur. Following are the various adverse effects of the illicit financial flows.

Efforts to fight illicit capital flows. Over the last few years, several organisations have intensified their fight against illicit money. Following are the major international efferts.

Not withstanding these, the illicit money flows among coutnries is going up. But the hope is that in the context of the Covid induced revenue falls, nations have intensified their fight against illicit capital flows. 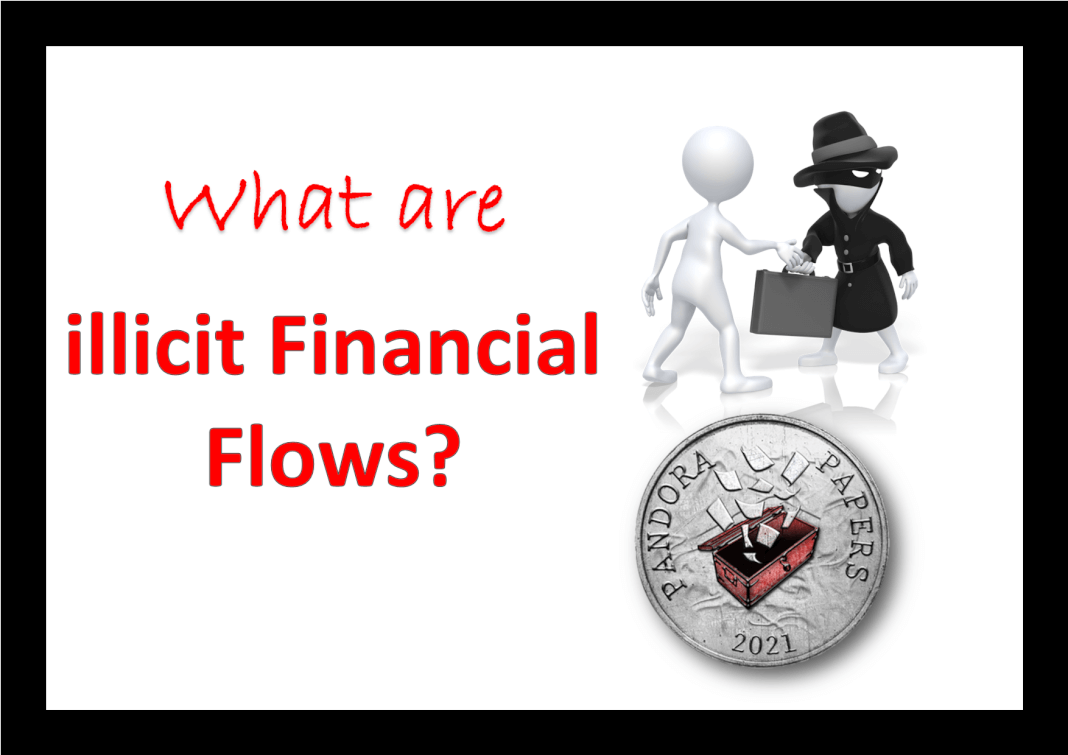 How Economies are Classified?