Home Classroom What is Periodic Labour Force Survey (PLFS) of the NSSO? 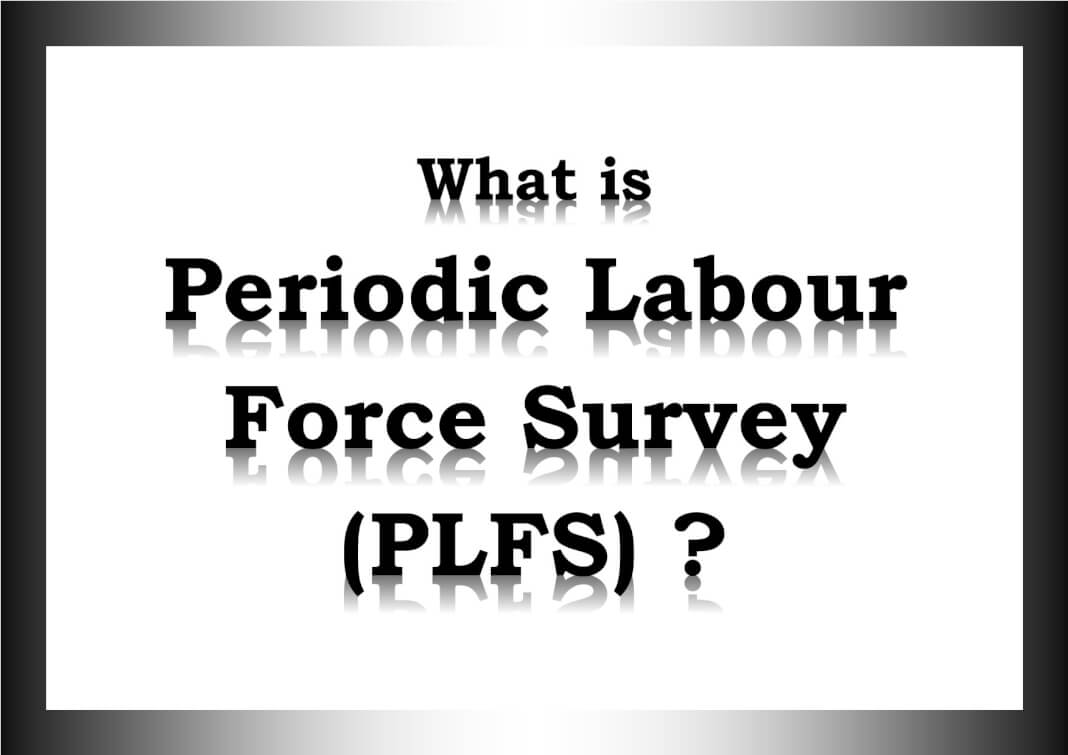 Methodologically, the PLFS is different from the earlier quinquennial surveys in terms of survey methodology, data collection mechanism and sampling design.

Uniqueness of the new format is that it is aimed to provide quarterly employment and unemployment data. Following are the two objectives of the PLFS.

For every quarter, PLFS will bring out the level and change estimates of the key labour force indicators in CWS, viz., Worker population ratio (WPR), Labour Force Participation Rate (LFPR), Unemployment Rate (UR).

It is designed to generate reasonably accurate indicators of labour market at a short span for every quarter.

The PLFS is designed to generate the indicators of labour market operations using two approaches:

(i) Usual Status (US) approach and

Computer Assisted Personal Interviewing (CAPI) Method has been adopted to get quick data.  World Bank CAPI software (Survey Solutions) has been customised to the Indian requirement to conduct the survey.

As per the annual report for 2017-18; published in June 2019, the unemployment rate (usual status) for urban female s the highest in the country while that for the rural female is the lowest.

Table: Unemployment rate among educated people (Usual status) -age 15 and above; education secondary and above

Results of the PLFS will be brought out in the form of an Annual Key Report, which would contain detailed tables for both rural and urban sectors.

Annual estimates (for both rural and urban areas) would be generated for major parameters like:

Similarly, there will be Quarterly Bulletins, which would contain, for the urban sector, estimates of the changes in key labour force parameters like LFPR, WPR and UR in the current weekly status.

The Quarterly estimates (for urban areas only) are generated for the key labour force parameters like LFPR, WPR and UR in CWS and the estimates of their change would also be generated.

The first results of the PLFS was published in June 2019. In future, survey results will be published periodically.

Unemployment rate for PLFS is measured under two approaches – Usual Status and Current approach and Weekly Status approach. The reference period for usual status (ps+ss) approach is 1 year and that for current weekly status approach is 1 week.

The estimates of unemployed in current weekly status gives an average picture of unemployment in a short period of 7 days during the survey period.

(b) persons among the remaining population who had worked at least for 30    days during the reference period of 365 days preceding the date of survey.

Worker Population Ratio (WPR) is the percentage of persons employed among the persons in the population.

What is the difference between RTGS and NEFT?

What is RBI’s Digital Payments Index?