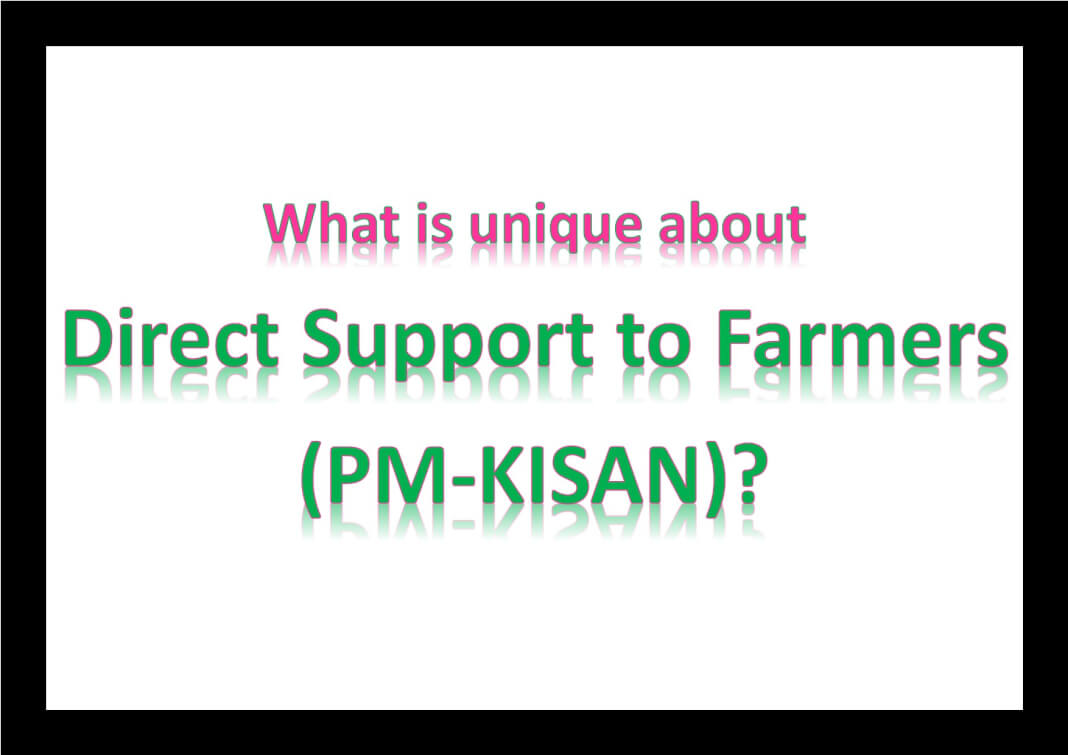 Price support means the government is procuring the agricultural produce from farmers at a remunerative price. India’s Minimum Support Price based procurement is a classic example.

The MSP as a price support measure

But in the case of MSP, the farmers are supposed to be encouraged to produce more and the market price and production levels are influenced. Here, a high cost country can become a big producer by giving higher prices (read subsidies) to farmers. WTO calls these subsidies as amber box subsidies that distorts trade. Such subsidies should be reduced as they may make a high cost producer a big produce and the country may export its produce.

Our Food Subsidy (Rs 184220 crores as per 2019 budget) belongs to the amber box subsidies that the WTO requests us to reduce it.

Here, remember according to the WTO, a support (subsidy) by the government that influences production and price is trade distorting and it should be reduced.

What is Direct income support to farmers?

Now, coming to the second type of support ie., the income support; here, the government will be giving direct payment to the farmers for their low income from farming. Under the WTO terminology, it is called Direct payments to farmers or Decoupled Income Support. Decoupled means such an income transfer to farmers will not influence (or minimum influence) production and price of the respective croops.

Under Agreement on Agriculture (WTO), the direct payment to farmers comes under the Green Box. The Green Box subsidies can be given by a government or in other words they need not be reduced.

The political economy of farm support is that most of the developing countries are giving price support (like the MSP). This is because they don’t have the fiscal capacity (tax revenue) to provide money to large size of their farming people.

Hence, most traditional and developing economies cannot afford to provide price and income supports for agriculture.

Remember, in the US, farming community is just around 3% of their population whereas in India, it is around 46%. Giving subsidies to huge population is a fiscal challenge as well as a targeting (finding the deserving people) challenge.

Most developed countries are known for providing direct income support to the farmers. In the EU, decoupled income support is the primary support measure by the government. In the US also, there is direct payments to farmers.

The PM-KISAN has changed everything. It is very clear as a direct income support scheme, the subsidy is like the ones given in advanced countries. Or in other word, with PM-KISAN, India entered the Green Box era in the WTO parlance.

Direct Income Supports’ ability to encourage farmers to raise production is less. At the same time, it has some positives:

These are pictures that we can derive with the launch of PM-KISAN. But the fiscal cost is big and in the long run, the continuation of the scheme is doubtful.

What is Periodic Labour Force Survey (PLFS) of the NSSO?

What is the Greenfield versus Brownfield FDI debate?