Home Classroom What is Index of Industrial Production (IIP)? 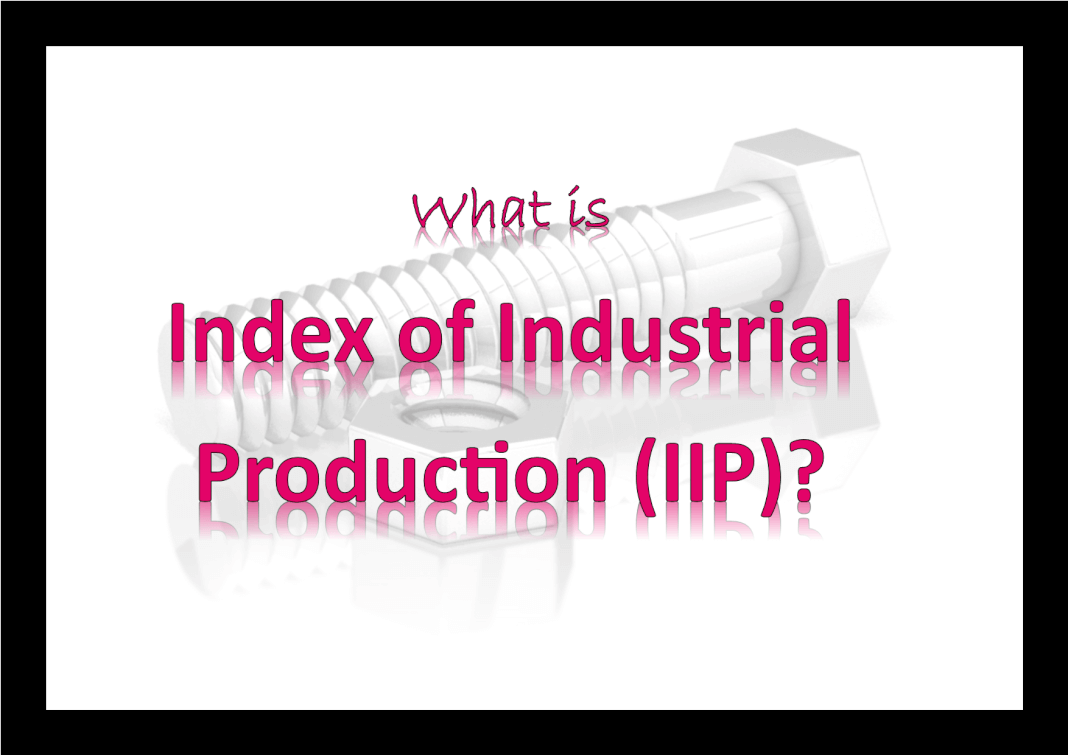 Index of Industrial Production (IIP) is an index that shows the performance of different industrial sectors of the Indian economy.

The IIP is estimated and published on a monthly basis by the Central Statistical Organisation (CSO) . As an all India index, it gives general level of industrial activity in the economy.

According to the CSO. “It is a composite indicator that measures the short-term changes in the volume of production of a basket of industrial products during a given period with respect to that in a chosen base period.”

Importance of Index of Industrial Production

The IIP is used by public agencies including the Government agencies/ departments including that in the Ministry of Finance, the Reserve Bank of India etc. for policy purposes. The all-India IIP data is used for estimation of Gross Value Added of Manufacturing sector on quarterly basis.

Any index is to be updated regularly by including new items, updating the base year, changing the methodology in the estimation of index to reflect the changing environment. Here, the CSO brought a new IIP by incorporating certain new elements. This is needed to accommodate the changes happening in the financial sector. Latest changes were made on 12th May 2017.

Modification of the Index of Industrial Production

The modification made by the CSO is to bring a new base year of 2011-12.  Besides the new base year, different sectors have been amended based on National Industrial Classification (NIC), 2008.

Significance of the new series is that it uses an improved ISIC version. The NIC 2004 version with the base 2004-05 was based on ISIC version 3.1, whereas the NIC 2008 version adopted in the new series of IIP with base 2011-12 uses the revised ISIC 4 version.

Following are the main changes brought in the new series of IIP:

The IIP is constructed by the CSO using secondary data. Data is sourced from 14 source agencies in various Ministries/Departments. But the major source of data for IIP is the Department of Industrial Policy and Promotion that supplies data for 322 out of 407 item groups with a weight of 47.54% in overall IIP.

IIP is released every month in the form of Quick Estimates with a time-lag of 6 weeks as per the norms of IMF.

The IIP is basically divided into three sectors though a use-based classification is also provided by the CSO.

The UNSD recommends inclusion of Mining & Quarrying; Manufacturing; Electricity, Gas steam and Air-conditioning supply; as well as Water supply, Sewerage, Waste management and Remediation activities in IIP. But due to constraints of the data availability on monthly basis, the modified IIP has been limited to Mining, Manufacturing and Electricity sectors only.

Following are the three sectors of the IIP as per the revision based on 2011-12 series.

(iii) Electricity as in the old series.

Table: Sectors, number of item groups and weight as per the 2011-12 IIP series

Use-based classification of industries under Index of Industrial Production

Besides the main classification of the index into three sectors ie., mining, manufacturing and electricity sectors, the IIP is also prepared based on Use based classification. Here, the industries are divided into six use-based sectors:

Table: Weights of the different sectors under the used based classification – 2011-12 series

Core industries in the IIP

The Eight Core Industries comprise 40.27 % of the weight of items included in the Index of Industrial Production (IIP). These industries are:

What is Intellectual Property Rights (IPRs)?