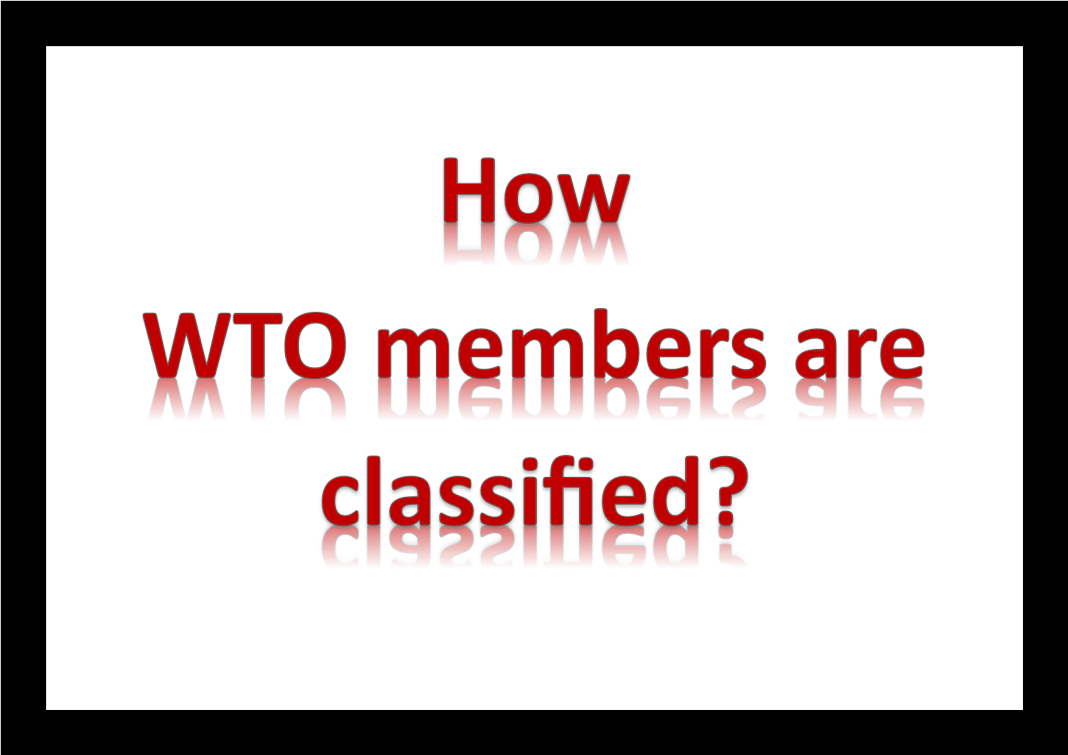 How WTO members are classified?

The WTO with 164 members follows a classification system for member countries that is mainly self-chosen by members. Here, members have to consider their development status. Members can identify and declare whether they belong to developing country or not. All countries that are not developing are categorized as developed countries.

It is the degree of development of the member countries that presumably determines whether a country belongs to developed or developing. Self-identification by a member either in the developing group or in the developed group is the first step of classification. Then, WTO identifies the Least Developed Countries from the broader developing country group by adopting the UN based per capita income criteria.

How Developing countries are designated?

An interesting aspect of WTO’s approach with regard to the classification of member countries is that the institution doesn’t declare a country developed or developing. Members announce themselves whether they are “developed” or “developing” countries. There is no agreed WTO definition of what is a “developed” or “developing country” because the system is based on self-election.

Selection of the least developed countries

Developing countries can get some concessions in the transition period for the implementation of the GATT agreements. Effectively, the Least Developed Countries (LDCs) and developing countries need not implement trade liberalisation in a quicker or deeper way as the developed countries.

Special and Differential Treatment and the concessions given to the developing countries that permits slow trade liberalisation implementation, adoption of certain self-defensive mechanisms etc. Both the developing countries and the Least Developing Countries can avail Special and differential treatment (SD &T). The main concessional provisions are related to agriculture, Non-Agriculture Market Access (NAMA), TRIPs etc. Least developed countries get the maximum concessional treatment.

The self-identification of status has created many controversies within the WTO system also. Some relatively developed countries claim the identity of developing countries to get certain benefits. South Korea, Israel, Mexico, and Turkey are members of the OECD (a rich-country club) but at WTO, they sometimes claim to be a developing country.

What is Capital Flight? How the US Fed’s interest rate policy...