Home Classroom What is Generalized System of Preferences (GSP)? What is its significance in... 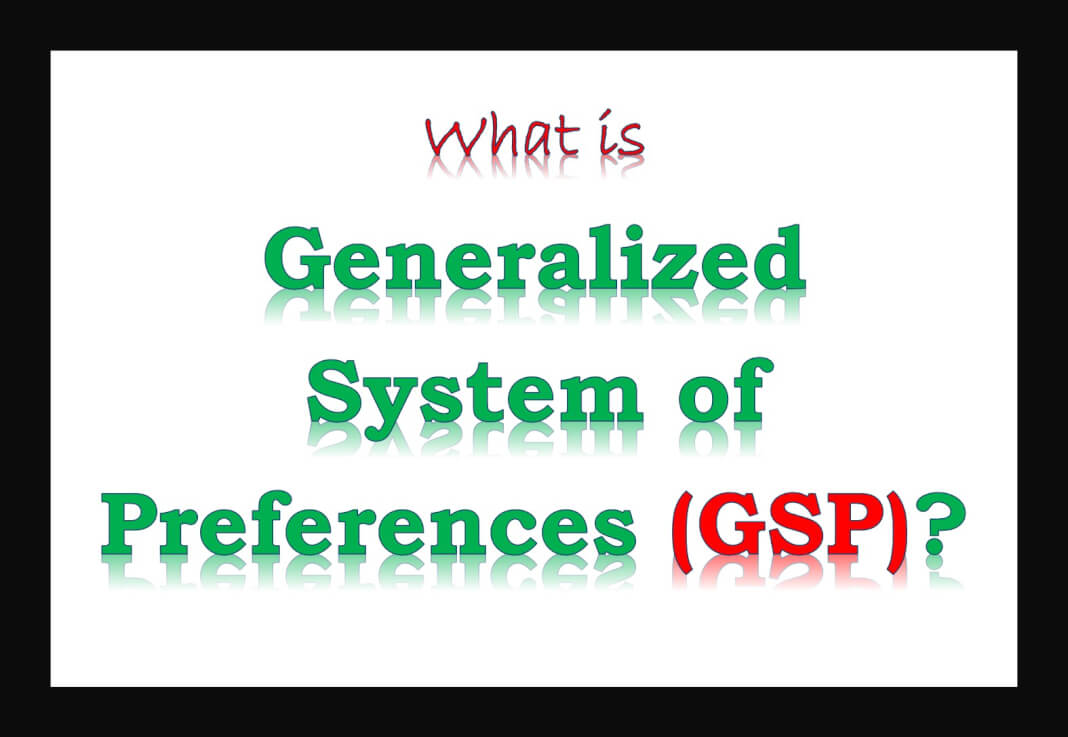 The US has withdrawn  the Generalized System of Preferences (GSP) benefits provided to India and few other developing countries. GSP withdrawal will be enforced from 5th of June 2019.

GSP is an arrangement that allows concessional or zero tariff imports from developing couturiers into the US. Withdrawal of the GSP benefit is expected to adversely affect exports from India.

What is Generalized System of Preferences (GSP)

The US has a strong GSP regime for developing countries since its launch in 1976, by the Trade Act of 1974. In the past, thousands of products were imported from nearly 120 designated beneficiary countries and territories.

What is the objective of GSP?

The objective of GSP was to give development support to poor countries by promoting exports from them into the developed countries. According to the US Trade Representative Office website, GSP promotes sustainable development in beneficiary countries by helping these countries to increase and diversify their trade with the United States. “GSP provide opportunities for many of the world’s poorest countries to use trade to grow their economies and climb out of poverty” – USTR.

According to the USTR, “GSP also boosts American competitiveness by reducing costs of imported inputs used by U.S. companies to manufacture goods in the United States.”

Who are the beneficiaries under GSP?

What is the procedure for GSP in the case of the US?

Under GSP, there were zero/low concessional tariff on imports from developing countries.  The US government selects a group of poor countries and a set of products and offers these countries lower-than-normal tariffs than it applies to imports from all other World Trade Organization countries.

The USTR makes annual reviews about the types of commodities to be selected under GSP and the countries to be benefited.

Which are the product groups covered under GSP?

The products covered under GSP are mainly agricultural products including animal husbandry, meat and fisheries and handicraft products. These products are generally the specialized products of the developing countries.

What is the difference between GSP and the usual trade arrangement under WTO?

Under the normal trade laws, the WTO members must give equal preferences to trade partners. There should not be any discrimination between countries. This trade rule under the WTO is called the Most Favored Nation (MFN) clause. The MFN instructs non-discrimination that any favorable treatment to a particular country. At the same time, the WTO allows members to give special and differential treatment to from developing countries (like zero tariff imports). This is an exemption for MFN. The MSP given by developed countries including the US is an exception to MFN.

What is the new Trump administration’s approach on GSP?

The Trump administration has decided to withdraw GSP for 94 products from all GSP beneficiary developing countries as the US is trying to completely phase out it. GSP withdrawal covers mainly Agricultural and handicraft products and is effective from November 1, 2018 onwards.

According to the Washington Post, in 2016, the GSP covered only $19 billion, or less than 3 percent, of U.S. imports.

What is the impact of GSP withdrawal on India?

India exports nearly 50 products of the 94 products on which GSP benefits are stopped. The GSP removal will leave a reasonable impact on India as the country enjoyed preferential tariff on exports worth of nearly $ 5. 6 billion under the GSP route out of the total exports of $48 bn in 2017-18.   In total India exports nearly 1,937 products to the US under GSP. According to the Washington Post, 90 percent of Indian/Brazilian exports to America face normal US tariffs and hence will remain unaffected from the exit of the GSP program.

Removal of GSP indicate a tough trade position by the US; especially for countries like India who benefited much from the scheme. The US was insisting India to reduce its trade surplus. India is the 11th largest trade surplus country for the US and India enjoyed an annual trade surplus of $ 21 bn in 2017-18.

What is Goods and Services Tax (GST) ?