Air India has been acquired by the Tata group after the completion of a lengthy disinvestment process. The Airline originally created in 1932 as Tata Airlines and later it was nationalized by the government to create Air India.

The long journey of Air India entered its final phase with huge losses reporting over the last several years. As a result, the government decided to sell-off the entity to a suitable private sector strategic partner. One remarkable feature of entire transaction was that Air India possessed the status of a National Carried besides it being a CPSU. Given this, the company possessed strategic assets including land, building and other assets. In the same way it is having nearly 12000 employees.

Given this multiple significance of the entity, the government was extra careful in the entire disinvestment process. Several policies were conditioned for the smooth transfer of the iconic national carrier to a competent private sector player who can defend the various interest related with the sector. These included modification of the FDI policy, disinvestment policy and designing a dedicated debt sharing deal.

Air India is a critical asset for any aviation firm. It has a fleet strength of over 141 aeroplanes and it has access to a network of 173 destinations including 55 international destinations. There are 4,400 domestic and 1,800 international landing and parking slots at domestic airports, as well as 900 slots at airports overseas. International flight right has vital value of AI as more than two-thirds of the airline’s revenues come from international operations. Air India also owns sizable prime real estate, and it has an employee strength of nearly 12000. With the acquisition, Tatas will have the ownership of iconic brands of Air India and the Maharajah.

(i) Government decided to disinvest the entire 100% in Air India.

(ii) Bidding value: The government made a change in the terms of bidding by allowing potential investors to bid on the basis of enterprise value. The enterprise value comprises of equity value plus net debt.

(iii) Debt sharing: Investors can determine the amount of Air India’s debt that they would want to take care of. This means that the bidders need not hold the entire accumulated debt of AI that was estimated to be nearly Rs 75000 crores.

The strategic disinvestment policy of AI has three specific clauses:

The FDI policy was amended specifically to facilitate the disinvestment of AI. As per the FDI policy for Air India, the maximum foreign investment should be 49% from all sources directly or indirectly. On the other hand, in private airlines, non-aviation players can have up to 100% FDI. But in the case of NRIs who Indian nationals, foreign investment is permitted up to 100 per cent under the automatic route. This NRI provision has inserted to attract greater investor participation. Also, substantial ownership and effective control of Air India will continue to be assigned with Indian nationals as stipulated in Aircraft Rules, 1937.

The main problem with the disinvestment of the AI was the sharing of debt owned by the airline. Effectively, the disivenstment has given the government tjust Rs 2700 crore in cash. At the same time, the ultimate gain is that the government need not drain its purse annualy to service the losses of the AI. Over the last few decades, AI has amassed nearly Rs 85000 crore debt. In this context, though the AI disinvestment will not add attractive revenue to the government, it will rescue the government from bearing the heavy losses incurred by the AI.

After the deal, the larger part of the debt and assets will be transferred to a government managed special purpose vehicle known as Air India Asset Holdings Ltd (AIAHL).

After the deal, a larger part of the debt that amounts to Rs 75000 crore with an asset of Rs 17000 crore has been transferred to a special purpose vehicle known as Air India Asset Holdings Ltd. Government is expected to service a part of this debt by selling the assets (monetisation). The remaining portion will be services backed by issue of bonds.

Tata’s commitment is simple. Its bid price for AI is Rs 18000 crore. Out of this, Rs Rs 2,700 crore will be paid in cash and the company will service Rs 15,300 crore debt. This means that the Tata Group will take around one-fourth of Air India’s total debt. Besides, it will keep 12,000 of the carrier’s employees (8,084 permanent whereas 4,001 are on contract), also for a year, as part of the disinvestment conditions. 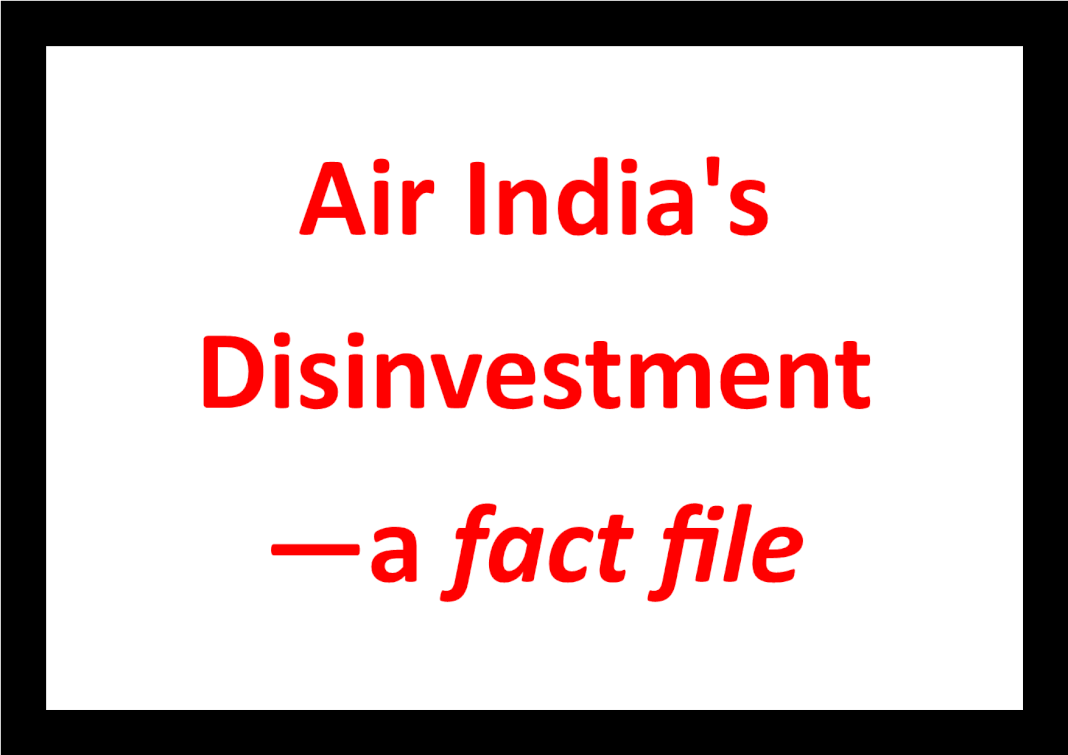 Why we need a Public Sector Asset Rehabilitation Agency (PARA)?