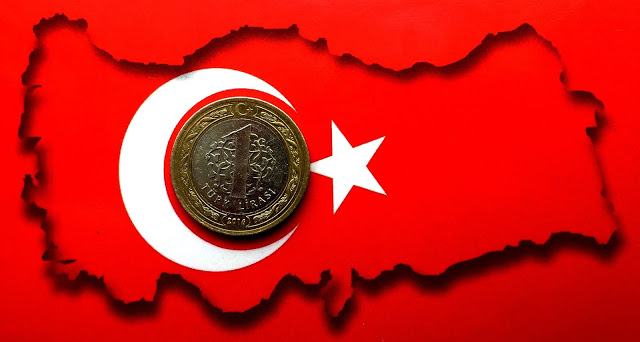 Rupee lost nearly 1.1 units against the US Dollar on Monday to reach just 7 paise short of 70. The national currency that has been on a weakening mode since the beginning of the financial year, closed at the daily low of 69.93 per US Dollar on Monday.

The epicentre of the rupee crisis that affected major emerging market currencies is Turkish Lira. On Monday, Turkey’s financial markets and currency registered steep fall amidst deteriorating payment capacity of the country.

President Erdogan who is following a rude political style inside, accused the West for Turkeys’ financial problems.

Addressing an audience of ambassadors in Ankara, he stated that Turkey was under attack from overseas interests:

“The developments over recent weeks have shown that Turkey is under siege. It is clear that these attacks will continue for a while.”

Erdogan’s statement produced havoc in Turkeys market as the Lira and the financial markets recorded steep lows on Monday.

Turkey is facing dollar shortages to repay its debts and the country is in edging towards a payment crisis. Experts urged Turkey to face the crisis with sound measures rather than running away from market disciplines.

Turkey can trigger a contagion

Already, the emerging markets are fearing capital outflows because of the aggressive investor friendly policies adopted by the US. Hiking the interest rate and lowering taxes may bring back capital from the overseas markets to the US.

The US slowly turning away from the biggest source of international capital that financed most of the emerging markets. Now, Trump has reversed it and the reverse flow can get a trigger from the Turkey like events.

Lira’s problems produced sell-offs in the global financial markets and strengthened US Dollar.

Analysts warn trouble in financial markets and currencies of emerging economies if Turkey is not able to address its woes. Ankara should take steps like capital control and raising interest rate etc. to avoid the triggering of a contagion.

The Elephant will push the world economy forward in the next...