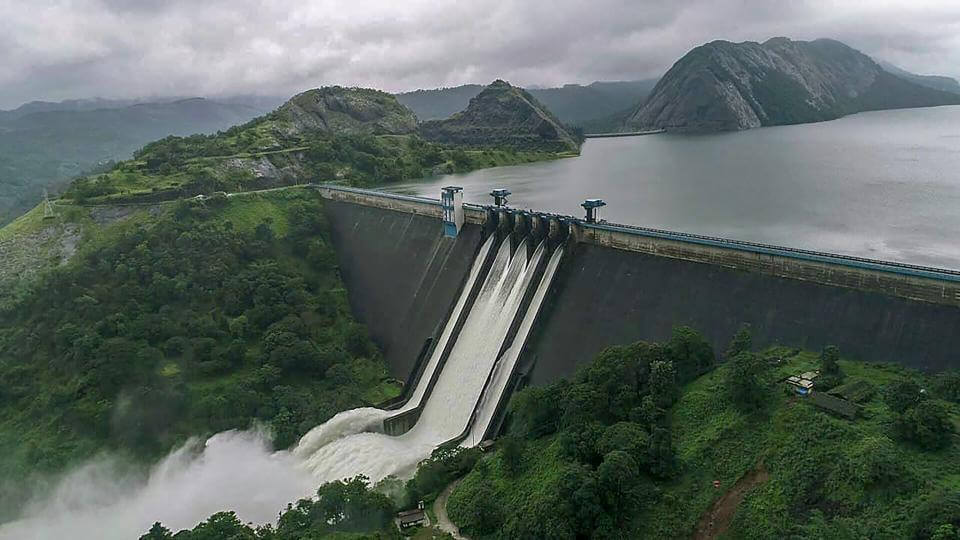 With long stretch of nearly 580 kilometers and mean width of nearly 50 kilometers, Kerala is geographically unique. It is separated from rest of India by the rain-catching orogenic Sahyadri mountain ranges. Nearly 70 per cent of the state’s climatic calendar is dominated by monsoon.

But this year, monsoon was simply hard on the tiny state and there were just six days without rains from May 10th to August 10th in the central Travancore areas where the state gets the maximum width.

In the first week of August, Kerala’s rivers that flows very fast downwards to the Arabian sea, were above the dangerous levels and coastal areas remained in flood waters for several weeks. Interestingly, rains also brought havoc in the two relatively less rainy districts–Palghat and Wayanad.

What caused the flood in the state was not just three or four days of torrential rain. But rather, the intense rain has been here for few months without much sunny days. In the mountain regions, hills became store-houses of water and burst into landslides. Majority of the 29 deaths reported were from landslides and the remaining from accidental deaths.

Since the missed alert of Okhi cyclone couple of months back, the disaster management system in the state supported by the central agencies became remarkably good during the time of the floods.

Most important improvement was occurred in weather forecasting and warnings. Daily and weekly warnings are delivered into the public domain and public institutions including educational institutions were alerted in an unpresidential way during the last two months.

In several districts, rehabilitation centers were ready to receive nearly 50000 people in advance. The district administrations are working round the clock to anticipate and counter local level disasters.

The full-capacity situation in most of the state’s 41 dams added to the problems. Of these, eleven of them are in river Periayar including the largest arch dam in Asia -the Idukki dam.  When five of its shutters were raised for few hours, it has brought large tracts of Kochi’s peripheral areas under water. Water was released from 27 dams and this was rare in the near history of the state.

The flood also was a testing time for the Kerala Disaster Management Authority which was created in 2007. Situations became manageable mainly because of the different type of disaster response plans prepared by the authority with the help of district administrations.

Equally important was the involvement of the National Disaster Response Force (NDRF) and Army through out the period.

Rescue and response and planning were outstanding in managing the crisis. But nobody can sideline two important areas where long term policy must give attention. First, local authorities have to check farming and building activities on steep-sloped hilly tracts. Landscaping of western ghats is not good for both nature and human beings. Second, construction activities in towns should be regulated with flood-resisting guidelines. Both from the credible responses and from the long term policy angle, Kerala flood is a lesson to the entire country.

Kerala has faced two disasters recently-one was the Nipah virus attack, where the state identified the rare virus from the second affected person itself. The second – in the form of floods has also provided valuable lessons for successful disaster management. Both times, the state retained its model position in managing disasters.

Though the economic loss is big, the human loss is minimum given the extent of the flood that is the biggest since 1924 according to elders. In the era of climatic change, there is no guarantee that severe monsoons will not return in the coming years.

India as the most serious currency crisis candidate among the EMEs