Home Classroom What is Twenty-first Century issues in the WTO? 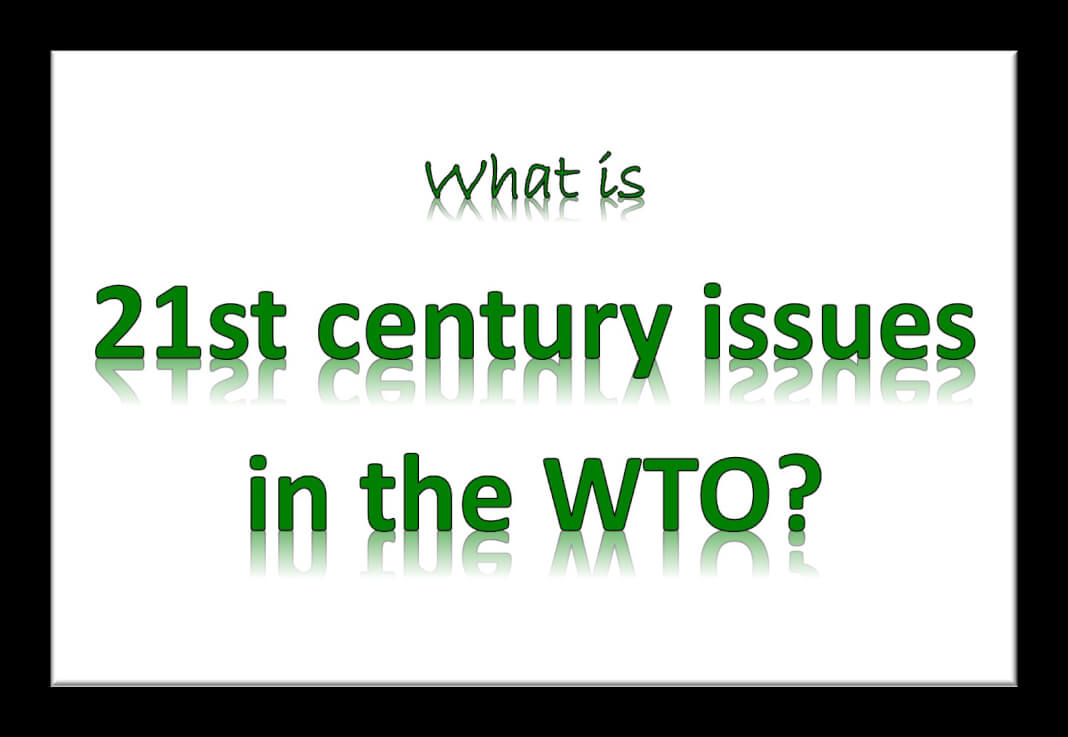 Which are the 21st century issues?

A striking feature of the 21st century issues is that they seem to have distant connection with trade.  The developed countries who likes to broaden the trade agenda of the WTO are the Champions and promoters as well as the parties who consistently brings in these into the trade discussion platforms of the WTO.

There is intense debate within the WTO about extending the agenda of the WTO without solving the existing outstanding issues. Developing countries in general, led by India argue that existing issues that are based on economic development should be settled before getting into new issues. They opposed talk on the new issues at Buenos Aires Ministerial Conference. At Buenos Aires, India and several other developing countries opposed the adoption of WTO declaration on any of the 21st century issues.

Still, at the end of the MC, several plurilateral groups were formed to navigate trade engagements for getting further progress on these issues. Proponents of the new issues also stepped up efforts to improve the existing work programme on the 21st century issues.

Why 21st century issues are important for the WTO?

WTO as the multilateral institution with a dedicated function to create rules for world trade, is facing intense competition from regional trade blocs like the RCEP in the case of trade liberalization. Often the small and regional RTBs (Regional Trade Blocs) adopts higher level of trade liberalization by expanding trade agenda (means adoption of new issues). Hence, there are concerns that new trade rules (like the 21st century issues) are formed at Free Trade Agreements like APEC and they are much advanced than that of the WTO. Here, critics argue that the WTO is facing an existential crisis as it is paralyzed on the trade disputes of the last century like the Doha Development Agenda.

“The WTO seems trapped in a deep malaise. Unable to conclude the Doha Round due to 20th century conflicts over tariffs and agricultural barriers, the WTO seems unable to move forward on anything. Stalwart WTO members are looking elsewhere for the new disciplines needed to underpin 21st century trade.” -says Richard Baldwin, Graduate Institute, Geneva.

Supporters of the 21st century issues argue that 21st century trade requires disciplines that go far beyond those in the WTO’s rulebook. If the WTO can’t deal with such issues, regional trade blocs will take care of them. Here, WTO will lose its relevance.

“The real threat, therefore, is not failure of the WTO, but rather the erosion of its centricity in the world trade system.” – Adds Baldwin.

What are Double Taxation Avoidance Agreements?

How to understand the new GDP measurement in India?