Home Classroom What is affordable housing? What are the govt measures to promote it? 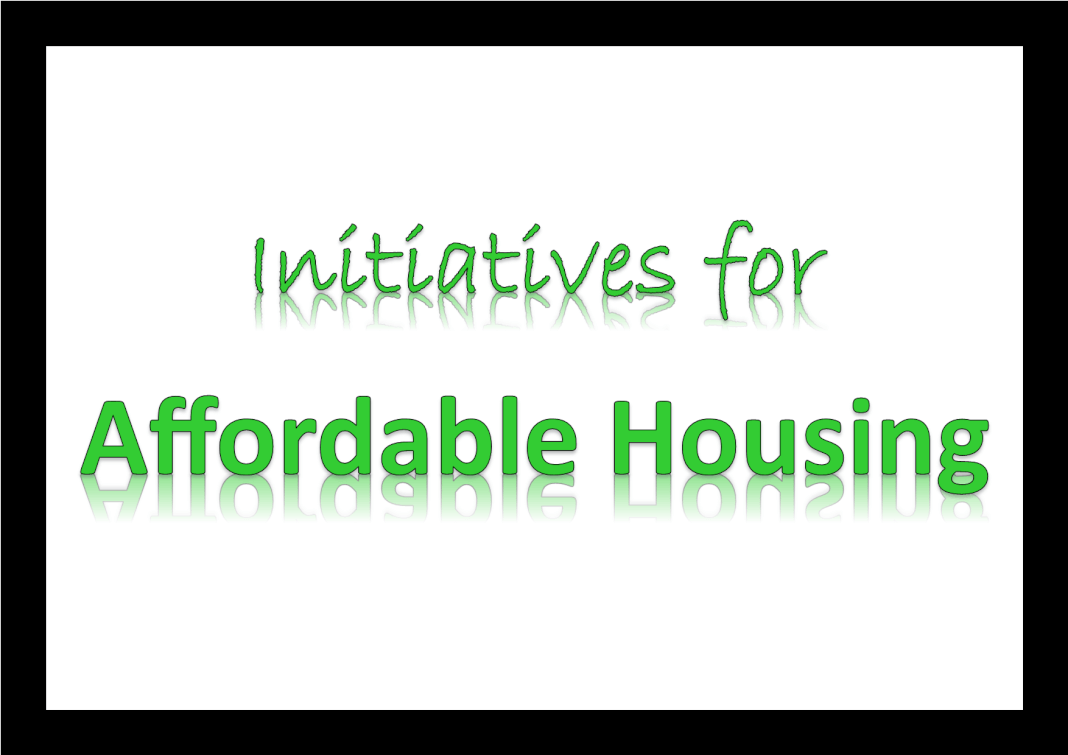 What is affordable housing?

Affordable housing is a key issue in developing countries like India where majority of the population isn’t able to buy houses because if the high market price.

Affordable housing in rural and urban housing sector need differently tailored policies as land is the main constraint in the urban areas.

Need for the promotion of affordable housing in India

As per the Report of the Technical Group on Estimation of Urban Housing Shortage (2012), there is a huge gap in demand and supply of urban housing both in the urban and rural areas.

According to the Technical Group Report, two low income categories – economically weaker sections (EWS) and low-income group (LIG) accounted for 96 per cent of the total housing shortage in India.

In the context of the estimation of affordable housing needs, housing shortages are calculated (Planning Commission methodology) by adding:

(a) excess of households over housing stock,

(b) the number of households residing in unacceptable dwelling units

Hence, it means that there is obsolescence (of houses), congestion factor and homeless factor in estimating new housing demand.

Recognising the importance of providing housing to the poor sections, government has initiated a group of measures over the last fifteen years. As a beginning, the National Urban Housing and Habitat Policy (NUHHP), 2007 has set the objective of Affordable Housing for All as a key focus.

Later, the government has set 2022 as the target year to realize this objective by making specific initiatives for the promotion of housing. Two components under Pradhan Mantri Awas Yojana – the PMAY (Urban) and PMAY (Rural) were launched by the government for achieving housing for all by 2022.

For the urban poor, the government target is to construct 20 million houses by March 31, 2022 under Pradhan Mantri Awas Yojana-Urban, that was launched in June 2015.

According to the Ministry of Ministry of Housing and Urban Affairs, as on January 2019, nearly 69 lakh houses were approved while13.59 lakh of these were completed.

The PMAY – Gramin was launched in 2016 to construct affordable houses in rural areas and complete it by 2022 (date extended). As on end January 2019, nearly 1.25 crore houses were constructed under the scheme.

Construction of affordable housing under the both programme goes well and the government has constructed nearly 1.53 crore houses under the two programmes as on end January 2019.

There are several government initiatives some of them working for helping poor people to build new houses. Many of the supporting measures were launched in the past budgets. In the Union Budget 2017-18 the government:

For the developers several incentives including subsidies, tax benefits and most importantly, institutional funding were provided.

Government has created a dedicated Affordable Housing Fund (AHF) in the National Housing Bank. The dedicated fund will be funded from priority sector lending shortfall and fully serviced bonds authorised by the government of India.

In the budget 2019, the government made several supportive measures for the housing sector including exemption on levy of income tax on notional rent on a second self-occupied house and increased the TDS threshold on rent to Rs.2,40,000.

The GST Council has reduced tax rates for affordable housing, the rate has been brought down from 8% to just 1%.

The Council also enhanced the ceiling value of affordable housing to Rs 45 lakh. Implication is that houses below Rs 45 lakh will be exchanged with a GST rate of 1%.

As per the RBI incentive measures, the cost of affordable residential property should be less than Rs 65 lakh in metro cities and Rs 50 lakh in non-metros.

The central bank’s definition is based on the loans given by banks to people for building a house and buying flats.