Home Classroom What is Red-Herring Prospectus?

The LIC’s Initial Public Offering is going to be a mega event. The value of the shares to be sold by the public sector insurer is big and it is a celebration time for the primary market.

Now, as a procedure to make the IPO, the LIC has to discover its share price. Often this is called price discovery. Several expert institutions like merchant banks, underwriters, registrars etc. are engaged in the entire IPO process. An important part of the IPO is the preparation and issue of the red herring prospectus by the LIC. The issue of Red Herring Prospectus (RHP) provides basic financial and corporate information about the LIC though critical information like the price of the shares and the number of shares to be issued etc. may be absent.

What is a Red Herring Prospectus?

A Red Herring Prospectus (RHP) is a preliminary document filed by a company with the SEBI (Securities and Exchange Board of India) who wishes to raise money through an IPO.

The significance of Red Herring Prospectus is that it contains almost all basic information about the company for enabling the investors to take a decision about investing in the shares in the IPO. Usually, the RHP provides all the useful information to the investors starting from the business model of the company, its business operations, financials, promoters and to the company’s objective for raising funds by filing an IPOs. It also gives an idea about how the company aims to use the money raised and the possible risks for investors.

The RHP elaborates on how the company intends to use the money that will be raised, the possible risks for investors. Following information are provided under the RHP.

However, this document does not disclose details like the offer price, lot size or the issue date of the IPO.

Why the name ‘red herring’?

A remarkable feature is that as a preliminary document, the red herring prospectus is incomplete, and this is mentioned with the word “Red Herring” on the prospectus cover.

The red herring is thus some sort of a disclaimer given on the cover of the document which reminds the readers to know that the prospectus is incomplete. The term “red herring” is thus derived from the bold disclaimer in red on the cover page of the preliminary prospectus. At the same time, it informs the investor that the company has filed for an IPO.

A red herring prospectus is filed with the SEBI but is issued to potential investors who are aiming to invest in the shares during the IPO. 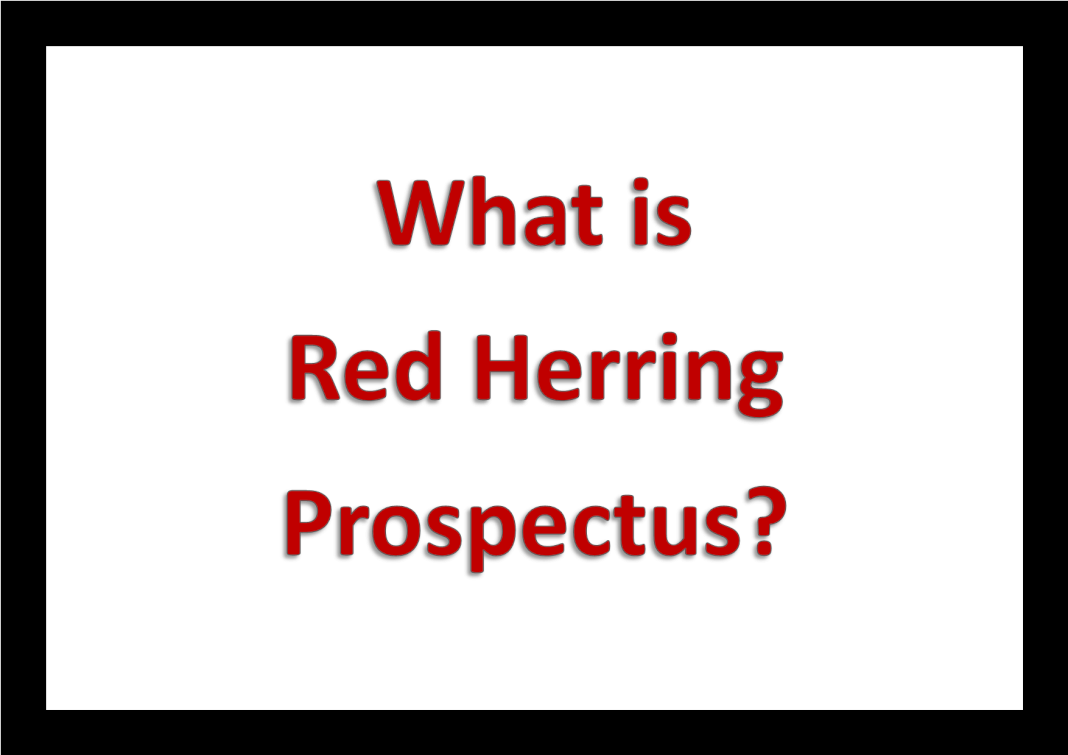 What is inverted duty structure under GST?