Home Main When Wuhan’s disaster is near to us 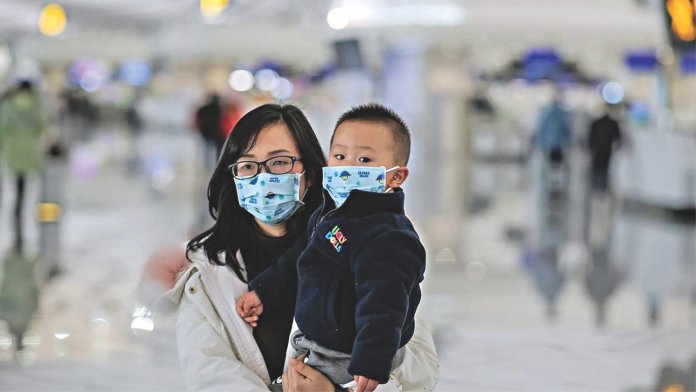 Western countries after their initial unwillingness; but under pressure from the relatives of those who are trapped in the Chinese mainland, agreed to evacuate citizens in an unwilling way. Still mandatory quarantine stay is imposed on those who are ready to be evacuated.

WHO declared the virus as a global health emergency; though uncharacteristically late.

Unlike in the earlier virus outbursts like SARS and similar occurrences in the last one hundred years or so, corona is spreading into the rest of the world from the epicentre like a wildfire in the drought because of its quick transmission nature. Besides, the world is ultra-mobile now and most importantly, Wuhan is a business, manufacturing and even an education hub holding large number of foreign citizens.

The latest to join the corona virus contagion is India with the positive test result of a Kerala student who came back from the epicentre – Wuhan.

When news reports about the virus outbreak appeared, there was little move to create quarantine facilities in several countries including in India to put Wuhan returnees to stay.

Government of India is planning to arrange a quarantine facility in New Delhi and a 14-day quarantine term is mandatory for Indians evacuated from China. Still, public attention is yet to turn to the disaster awaiting to spread from the immediate neighbourhood.

The first reported state -Kerala gives a lot of lessons to the central government in managing the crisis.

When nearly eight hundred Keralites returned from China, including from Wuhan, there is yet to be a quarantine facility in Kerala. Public health infrastructure using as quarantine destinations is foolish. Many of the early returnees are staying with their families in the local towns and villages creating ample opportunities for the disease to spread during the incubation period.

One major and perhaps unique risk regarding Kerala is that there are large number of early returnees who are slightly reluctant to share their information to public authorities. Keralites are highly health and disaster conscious and hence lot of them were able to return from China within no time once news about the contagion was reported.

Effective management of Nipah virus has made Kerala as a role model for the rest of the country in helath emergency management. It is the best fit state to withstand any such situation. Still, the high mobility of the Keralite commnunit necessitates high standards from public authorities in managing an externally generated contagious desease like corona virus.

The value of Early Quarentining

Main responsibility of the government here is to track the early returnees and their contacted persons. They should be rehabilitated into an isolated quarantine facility and should be kept there for the minimum period 14 days.

In UK, the government is bringing back nationals from China on the condition that the evacuated people should reside in quarantine facilities set at a secure NHS facility.

At the same time, reports from Australia indicate that people are not ready to share residence at quarantine because of the fear of mixing between the affected and nonaffected people. Several Australians indicated their willingness to stay in China rather than going to Christmas Island.

The WHO which was not earlier ready to declare the disease as a global emergency, done it that withstanding Chinese pressure. Several of the world leaders are also silent on other issues now and are configuring health strategies to fight one of the disastrous health challenges reported in the last one hundred years or so.

When the disaster is deadly and threatening, the public response system should be equally capable. Corona virus is not Nipah or SARS, it is even more deadly; given its transmission behaviour. Authorities should not use the standard slow-moving file-oriented government way to combat the threat. Plain positivism and ‘everything are fine’ type responses are good for popular sentiment management, concrete and sudden actions should not be delayed.

We should learn from Wuhan where disaster management has been left to an extent to the people themselves. Despite the mighty government interventions, the scale of the disaster made the public policy to be average.

Reports shows that the Wuhan natives are using own measures and methods to make their life safe in the context of struggling public disaster management system. According to South China Morning Post, the Chinese government’s though having mighty power failed to make early quarantining.

Now with the disaster scaling up, they have created dedicated quarantine facilities for every villages and towns and even small public places. China despite the economic downfall concerns has made the entire country in quarantine as even remote places like Tibet reporting virus cases.

For India, an early awakening to manage the crisis that is very close to us is needed. Public policy responses should not be confined to controlling information and public sensitiveness. Rather early and efficient quarantining is a necessity. Delaying it will be a government failure. This was the mistake China has committed and we should not repeat that. Early and unconventional steps are the precious and decisive ones for contagious disaster management. Late over activism has only a demonstration value.

Reluctance of the potential risk bearers will be the biggest hurdle that the government is going to face. But it should be done for the interest of the entire nation.

Budget 2020: the Class Act that we missed