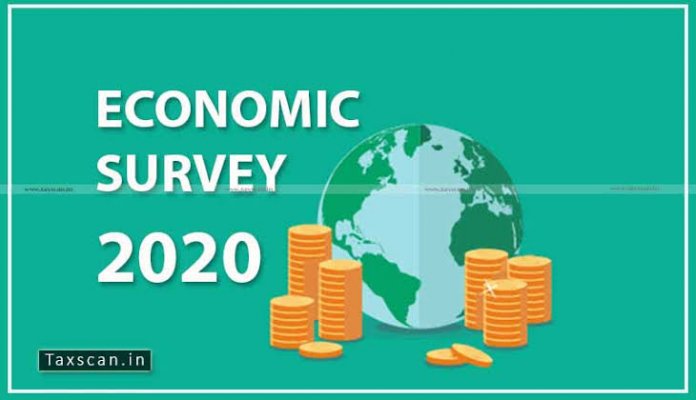 The Economic Survey tabled in the Parliament predicts quick recovery of the economy powered by strong government action. To make such a recovery possible, the survey advocates reform measures from the part of the government in the coming months.

State of the economy in the difficult year

Acknowledging that at present, the economy is going through the bottom, the survey predicts that there will be a growth recovery of 6% to 6.5% in 2020-21 from the current year’s growth of 5%.

Indian economy is registering the slowest growth in more than a decade in the background of an even slowed down world economy. Global economic growth is estimated to be 2.9% w which is the lowest growth since the Global Financial Crisis of 2008.

Government is powerful to bring back growth

Most component of the Survey’s optimism is the reform measures that can be delivered by the government in the immediate future. It gives high weightage to the actions of the government to bring back the economy to the growth path. On the other hand, it notes that conventional monetary policy has been exhausted.

The Survey also highlights some negative factors. Leading one is the declining credit growth. Since banks are going on risk averse mode, slow credit growth became inevitable. Here, the hope is that nearly 2000 cases of insolvency has been filed during the three years from 2016 to 2019.

Infrastructure as the green shoots

Revival of growth during the second half of 2019-20 is possible through expanded infrastructure investment.

Survey acknowledge that the financial sector dragged real sector performance during the last few quarters. NPAs in the banking sector and illiquidity of the NBFC sector have cumulatively added to the problems. But higher funds to the real estate sector and the NBFC sector can improve economic situation in the coming quarters.

Survey makes the interesting finding that the rising inflation is a symptom of reviving demand. Demand pressure added to the prices and it can create demand and consumption revival.