Home Main India to enforce retaliatory tariff on US goods 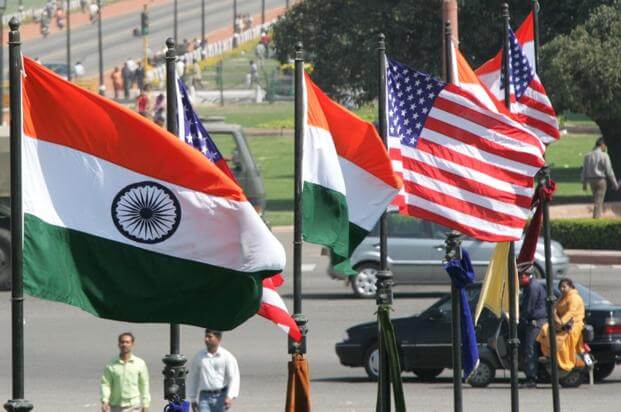 Nearly one year after the announcement of a retaliatory tariff on the import of certain US goods, India asserted its enforcement from June 16th onwards. The tariff retaliation was on the ground of the US imposition of tariff on steel and aluminium imports from India.

India’s tariff is on 29 US goods mainly composed of agricultural items. It was first announced in June 2018, after the Trump administration’s decision to go ahead with the tariff on steel and aluminium imports from India.

India’s retaliatory tariff is expected to affect nearly $ 220 – 290 mn worth of US imports mainly comprised of agricultural items. On the other hand, India’s exports of steel and aluminium products to America stood at about $1.5 billion per year.

The tariff retaliation announcement comes in the context of the US withdrawal of the GSP treatment to India. GSP withdrawal is another confrontation front that the Trump administration has opened on trade with India.

The steel and aluminium issue

The origin of the present tariff stalemate goes back to the US decision to impose tariff on Steel and Aluminium imports from 12 countries including India on security grounds.

Later, the Trump administration reached in an agreement with South Korea and few other countries and tariff was withdrawn on these countries. Still tariff were extended even on friendly trade partners including Canada and the EU.

Most of the affected countries responded with retaliation and also approached the WTO against the US decision to impose tariff on security grounds.

Canada, China, the European Union, Mexico, and Turkey, challenged the tariffs each WTO member imposed in response to President Trump’s adventure. Collectively, the five economies have retaliated with tariffs on US exports worth $24 billion in 2017.

After the Trump tariff on steel and aluminium, India approached WTO’s Dispute Settlement Body against the US move. The DSB has taken the case and is proceeding with initial steps.

India repeatedly requested exemption from the US, but there was no favourable reply. As a gesture, while announcing the tariff on 29 US goods last year, India reduced tariff on the import of motorcycles from the US.

Similarly, the tariff retaliation is on just around $250 mn worth of goods instead of the US tariff on $1.5 bn steel and aluminium imports from India.

The less than reciprocal tariff on retaliation is an effort by the government to reach consensus on the issue. But the Trump administration is asking too much from India including full ban on oil import from Iran.

Developments shows that there is only a slim chance for the current phase of tariff tussle by Trump on India to come down. It is to be remembered that the US has withdrawn exemptions given to friendly trade partners including the EU and Canada on steel and aluminium tariff. Only South Korea got a favour after giving several concessions to the US on other fronts.

Government to set capital reserve norms for the RBI