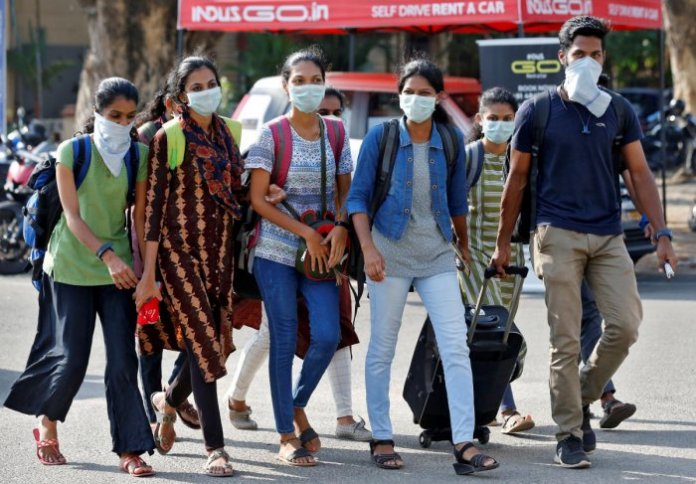 Kerala is a not a model boy for ultra-national sentiments. Often, there is strong divergence between what India thinks and what Kerala thinks on different fronts – on political, social and on economic fronts.

But in the ongoing health emergency, the southern states’ valuable solo fight at the forefront should not be unwatched either by other states or by the centre. It will be a learning lesson and will help all of India to come strong against this health threat.

Often developments in the southern state and the incoming covid threat- all might have been gone less significant amidst Jyothraditya Scindia’s BJP entry. There is every indications that institutional and public sensitiveness is less serious in rest of India while confronting the Corona threat.

More than one month has gone since the reporting of the first covid case in India that was reported from Kerala. It seems that since then, Kerala has entered the second stage of the corona fight while the rest of India is entering into the first stage.

In this case, we can make Kerala, a model to be studied. Following are the five factors that makes Kerala critical in the entire country’s covid fight.

Kerala, with a population of 3.5 crore, has three international airports; same as that of Maharashtra that has 12 crore people. That shows the international connectivity of the state as well as the risk exposure.

The state has the largest number of covid affected persons in India and already, an affected elderly couple is fighting for life. Hence it is curious to see how the state’s health system is managing the high risk it is exposed to.

In our country, the covid outbreak is going to test each state’s health management and infrastructure as public health is a State subject. It seems that the level of panic in the stock exchange has not reached the public and institutions in other Indian states.

The southern state’s ability is written in its high HDI value of 0.785 compared to national score of 0.64. There is no denying with a highly developed social sector including – health and educational levels, Kerala’s war against Covid is critical for rest of India.

What is Multi-Modal Logistics Parks (MMLPs)?