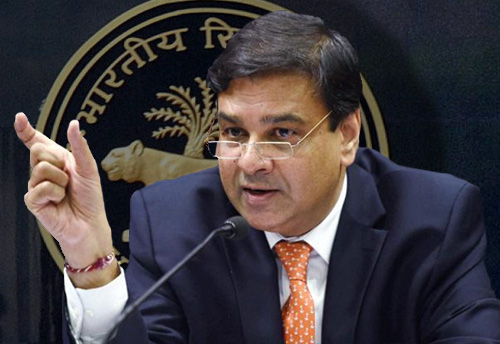 The rising tension between the Finance Ministry and the RBI is to be settled soon as the RBI Governor Urjit Patel has called Director Board meeting on November 19th to discuss the contentious issues with the government. The meeting was declared after the government is supposed to have invoked Section 7 for the first time since the creation of the central bank in 1935.

Deployment of the section gives power to the government to deliver directions to the RBI on the business and running affairs of the latter. The directions should be given through consultations with the Governor.

Officials from the government gave hints that the section has been used as there is need for ‘accountability’.

“…it is expected that the government nominees will press for concrete resolution on contentious issues.” – The Business Line quoted a government official on the matter.

Director Board is the top decision-making body of the RBI. In the 18-member Board, at present, there are 13 government nominees; appointed under various clauses on the appointment for Director Board members – section 8 (1)- (b), (c) and (d). The RBI Governor and four Deputy Governors completes the quota from the RBI side (total 5 members under section 8 (1) (a)).

Government nominees (13 members) appointed from Section (b) comes from different areas of public life whereas those coming from Section (c) will be government officials (2).

In the next meeting, it is believed that three areas for resolution of the conflict will be discussed.

First, the government has grievance that the RBI’s strict Prompt Corrective Action (PCA) plan for banks (with highest NPAs, lowest CRAR etc.) is making lending difficult for the eleven PSBs that are under PCA. The RBI must lighten the PCA regulation for these PSBs.

Second is on lending to the MSME sector. Here, the RBI was not in favour of the government official’s insistence for liberalizing the regulations on bank lending for MSMEs (Micro and Small and Medium Enterprises).

Third, the RBI has been insisting more power to clean up the banking system especially the PSBs.

The government voice on the contentious issues will be led by Subhash Chandra Garg. He was the Chairman of the Government appointed Panel that recommended the creation of a Payment Regulatory Authority with a Chairman from the government side. The suggestion has irked RBI, as payment regulation is a central bank function everywhere and triggered the recent autonomy controversy including a strong reply from the Deputy Governor Viral Acharya.

The meeting is expected to end the rising tension between the Finance Ministry and the RBI for the time being. But all the leading issues indicate that despite government’s effort to control the RBI with different pieces of legislation in recent years, the RBI officials are showing strong resolve on financial regulation matters and both parties are sitting distantly without opting for constructive dialogue.

RBI comes out with a marginal 25 bps policy rate cut